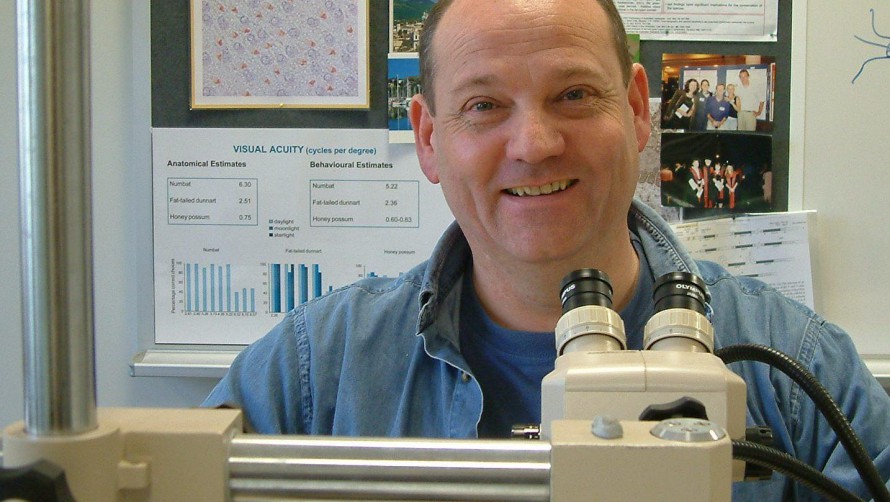 Our Festival Chair, Professor Russell Foster is a circadian neuroscientist at the University of Oxford, where he is head of the Nuffield Laboratory of Ophthalmology and a Fellow of Brasenose College.

Here he explains how Cheltenham has taught him how to communicate science to the broader, non-scientific community.

It took me a few years to fully understand the novel vision of The Times Cheltenham Science Festival and why this philosophy is so important within the complex and often confused framework of science communication. Before Cheltenham I, like many scientists, took a rather traditional approach to public engagement. The old format was simple: you gave a lecture for 50 minutes or more, followed by a few short questions, and then back to the laboratory with a sense that one’s duty had been done. Colleagues would be broadly appreciative of the effort but a little sceptical that it was worth the time or effort mumbling… “how could a member of the public understand complex issues in science without a scientific training”?

I am overjoyed to report that those days are long gone; there is a new generation of scientists genuinely committed to public engagement, driven in part by the philosophy developed by Kathy Sykes and Mark Lythgoe and delivered at Cheltenham. Over the past 11 years, their vision of communicating science has moved beyond Cheltenham to dominate science festivals both nationally and internationally.

So what revolutionary seed has Cheltenham nurtured? When I was first asked to speak at Cheltenham, like all speakers, I was instructed, gently but very firmly, not to speak for longer than 20 minutes or so. This was shocking. Asking an academic not to speak at length about their favourite topic is a bit like asking a dog not to pee against a lamppost. The next body-blow was the realization that the question and answer session must dominate. Like a cold hand on the vitals, you appreciate that you have not only lost control but must also be able to think on your feet. This was public engagement, but not as I knew it.

Dialogue between scientists and the public is especially important in today’s political and economic climate. History tells us that science and engineering will be vital in recovering from the current financial crisis: creating jobs in industries based upon biotechnology, developing new sources of energy and finding new ways to address the multiple health challenges facing an ageing, 24/7 society.

There has never been a more important time to invest in science and engineering, and if we are to inspire the next generation and deliver progress, then scientists and non-scientists must work together effectively. Not simply to take the ideas and results from the laboratory bench into clinical practice or industrial application, but also to explain to the broader community what is being done in their name and why it is so important. A failure to communicate leads to mistrust and ultimately rejection, as we have seen with the MMR vaccination and the current controversy surrounding genetically modified (GM) foods. Understanding the vision of the Cheltenham Science Festival has taught me, and many colleagues, how to communicate science to the broader, non-scientific, community and importantly given us an appreciation of the broader personal and societal benefits of this philosophy.

Litmus Paper is produced by DesignScience, with generous support from the British Library.