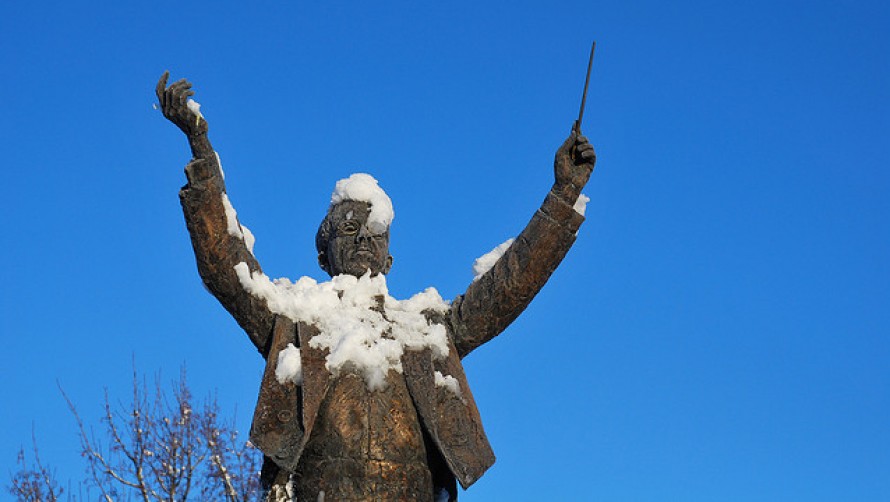 P D James’ Death Comes to Pemberley was the first novel I read after the 2011 Festival so it was with particular pleasure that I welcomed the author back to the Festival this October. Her insights into the art of crime writing were riveting but what particularly fascinated me was her dissection of Austen’s language and plot structures. Straight after this year’s Festival, I returned to Persuasion – not Jane Austen’s best-known novel but one of my favourites – which I’d strongly recommend for any Austen-lover’s Christmas list.

My father is a great lover of military history so Antony Beevor’s magisterial The Second World War will be top of my present list this year closely followed by Ben Macintyre’s fascinating D__ouble Cross and Paddy Ashdown’s The Cockleshell Heroes all of which were Festival highlights for me – giving much food for thought and sparking off ideas we’ll be exploring further in the 2013 Festival.

Finally having an art-loving mother-in-law on my Christmas list gives me a great excuse to buy Alex Danchev’s fascinating new portrait of Cezanne – the first biography of the artist for more than 25 years. I’ll enjoy revisiting it before I get out the wrapping paper, lay the 2012 Festival to rest and look towards 2013.

I’m Sorry I Haven’t a Clue: The Best of Forty Years.
The most listened to comedy programme on British radio, I’m Sorry I Haven’t a Clue is Graeme Garden, Tim Brooke Taylor and Barry Cryer doing silly things with Jack Dee and with Colin Sell setting them to the odd lively tune. In this anniversary album, the full, funny life of Clues is celebrated through all its expansion and evolution. Perfect for fans old and new.

Camp David, David Walliams.
Nothing to do with the US President and everything to do with Little Britain funny man David Walliams. Peppered with Walliams’ startling wit, Camp David shines above the usual celebrity autobiographies. Often described as a bundle of contradictions, he is disarming and enigmatic, playing up his campness one minute and hinting about his depression the next.

Capital, John Lanchester
An ambitious, complex but highly readable novel set in London post 2008. Full of memorable, well-drawn characters, and with an intriguing mystery at its heart. An affectionate but unsentimental portrait of the lives of contemporary Londoners in all their rich variety. Also contains one of the funniest scenes from family life I have read for a very long time.

Skios, Michael Frayn
The master of farce returns on cracking form in this uproarious tale of mistaken identities, hapless Brits abroad, intellectual snobbery and the mysterious goings on at the Fred Toppler Foundation, where all is not what it seems. Set on the island of Skios, with its tumbling bouganvillea and irridescent blue skies, this is a winter warmer for grey December days.

Sweet Tooth, Ian McEwan
Probably my favourite novelist – here is a real treat (and a full length one at that). Set in the drab, restless Britain of the seventies, we follow the beautiful Serena Frome as she is recruited to the security services and sent on a secret mission of a literary nature (part of the culture wars that ran alongside the more obvious intrigues of the cold War). Deft, witty and compelling – here is a writer at the top of his game.

Three Good Things, Hugh Fearnley Whittingstall
A wonderfully un-cheffy cookbook based on the simple premise that three flavours are a magical combination – from the commonplace (new potatoes, herbs, olive oil) to the unexpected (ham, squash, marmalade) – from the everyday (bacon, beans, tomato) to the luxurious (scallops, peas, spring onions). A fantastic present – and full of easy recipes I can’t wait to try (which is more than you can say of many cook books….)

Moranthology, Caitlin Moran
A writer of prodigious talent – this is a collection of her Times columns and other assorted essays. She has the rarest of gifts, the ability to combine being outrageously funny with a truly wise and perceptive take on contemporary life. Can move you to tears and to snorty laughter in the space of 1000 words.

It’s All News to Me, Jeremy Vine
I love this breezy, frank and funny account of 25 years at the BBC, full of vivid sketches of the characters who populate our screens and radio waves, the cut throat ambition of the “pol corrs” and some fascinating insights into what life is really like behind the scenes at the Beeb. A great present for fans of his Radio 2 programme, or for any one who likes a good bit of gossip!