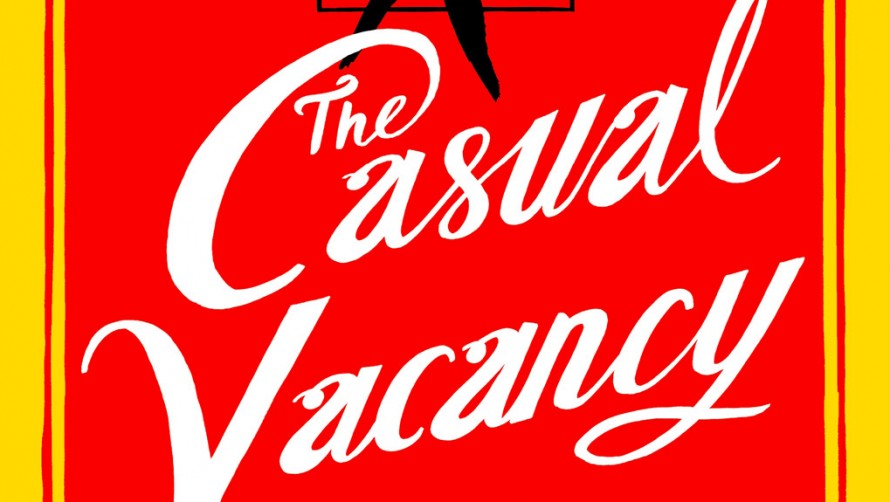 Listening to J K Rowling’s new novel as an audiobook (narrated by Tom Hollander) is a wonderful but not a speedy experience – unlike the reviewers who had to read it in haste last week.

Tom Hollander’s faultless narration can’t be rushed (you can play him at double-speed but it’s not quite the same). He’s an inspired choice, and manages to capture the essence of a huge cast of characters and bring the town of Pagford vividly to life.

My husband’s a nocturnal creature with very strange working hours, and for those like me – often awake in the small hours – audiobooks are great news. Ten years ago it was just you, the night and the World Service – now thanks to the ipod revolution, you can have your favourite bookshop delivered to your headphones by some of Britain’s greatest actors.

So here are some Festival audiobook picks – when you’ve enjoyed them at the Literature Festival, you can listen to them in the privacy of your own earphones:

Rachel Joyce’s The Unlikely Pilgrimage of Harold Fry is a great book, and Jim Broadbent brings something very special to his recording of it – seeRachel Joyce on Tuesday 9th and Friday 12th

Jane Suzman’s reading of Absolution by Patrick Flanery is quite extraordinary – she’s the voice of fictional South African novelist Clare Wald and hernarration was the starting point for our event South Africa: Truth and Fiction – with Patrick Flanery, Sue Macgregor and Janet Suzman herself – on Sunday 16th.

Hardy lovers of both sorts can join us for our event on Thomas Hardy on Friday 5th, hear Robert Hardy discussing the inimitable Richard Burton on Saturday 15th or combine the two – Robert Hardy reading Under the Greenwood Tree is a classic recording, never bettered.

And of course Tom Hollander himself is at the Festival – now at 8pm on Sunday 7th October.

And finally for those for whom the World Service is still the number one nocturnal listening companion, join me on Thursday 11th to celebrate the 80th birthday of a great British institution with John McCarthy, Bridget Kendall and its boss Peter Horrocks in London Calling.