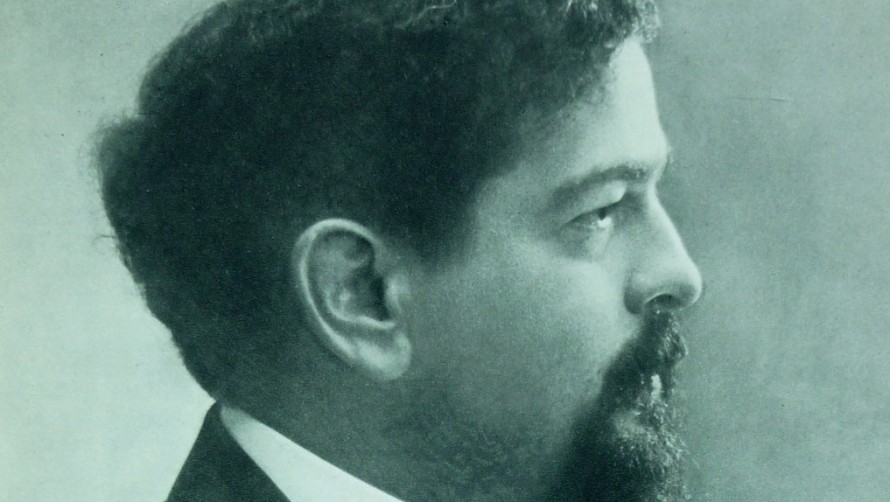 Kurt Cobain lived fast and died young. Jimi Hendrix is remembered as much for his prolific drug taking and cavalier attitude to casual sex as he is for his music. People expect rock stars to live scandalised lives, but what about classical musicians? We take an in depth look at his life and loves…

If you think of classical musicians as straight-laced squares, then think again. Born in 1862, Claude-Achille Debussy was one of the most important French composers ever to sit at a piano, but he also boasted a romantic history to make even the most salacious tabloid journalist salivate.

Aged just 18 Debussy began an eight-year affair with Blanche Vasnier, wife of a wealthy Parisian lawyer. After Blanche, Debussy lived ‘in sin’ with Garielle Dupont, a tailor’s daughter from Lisieux. He cheated on Gaby with Thérèse Roger (to whom he was briefly engaged) before leaving her for her friend, fashion model Rosalie Texier, whom he did eventually marry. Rosalie clearly had the looks but not the brain to interest Debussy long-term, and she was soon packed back to her father’s home when Debussy met the captivating Emma Bardac, the mother of one of his students and wife of a Parisian banker. It’s something of an understatement to say that Rosalie did not take the rejection well. She shot herself in the chest while standing in the middle of Paris’s Place de la Concorde. Amazingly she survived this violent suicide attempt, but the bullet stayed lodged in her spine until her death 28 years later.

This was one scandal too many for Debussy. He and the now pregnant Emma found themselves so unpopular that they were forced to flee to England, before eventually returning to France for the birth of their eponymous daughter Claude- Emma. Rectal cancer eventually finished off Debussy in 1918. He died in the midst of an aerial and artillery bombardment of Paris, and his funeral procession made its way through deserted streets to the famous Père Lachaise Cemetery (where Jim Morrison, Edith Piaf, and Oscar Wilde among others are buried) as German shells tore the city apart. Debussy was later re-interred to the small Passy Cemetery. You can hear more about Debussy’s fascinating life at Cheltenham Music Festival where there will be a free screening of Masterworks: La Mer, a BBC film that investigates Debussy’s life, including his marital infidelity and public scandal, and the origins of his La Mer masterpiece. It’s on Friday 6 July at 5pm in the Town Hall Pillar Room. Tickets are required but the event is free of charge.

When Parisians first heard Debussy’s music they didn’t know what to make of it. It was different to anything they had heard before, but they liked it. His visionary Préludeàl’après-midi d’unfaune premiered in 1894 and even now when you listen to the music, every note is surprising. It sounds incredibly earthy and sensuous, yet deliciously light. Predictably the work was not without its critics, but it got a standing ovation at its premiere and it is still popular today. Inspired by Stephane Mallarmé’spoem‘Afternoon of a Faun’, the work tells of a faun trying to seduce two nymphs. The poem is full of the sounds of nature and has a sultry, hazy atmosphere, all of which can be heard in the music. The faun tries to seduce his nymphs with sound by making a flute, an incident from the poem which can clearly be heard in the work. Just as Mallarmé’s Faun inspired Debussy, Debussy’s Faun inspired a ballet by the world renowned Vaslav Nijinsky in 1912. There is some amazing footage on YouTube of the great Nijinsky performing Faun, and you can also see Rudolph Nureyev dance it. For a more modern take on the role, have a look at The Royal Ballet’s Johan Kobberg dancing Faun at a recent charity gala(to see these clips,put the dancer’s name plus ‘Faun’ into YouTube). In Johan’s stripped-back version, the music and ballet feel as fresh and as contemporary as it would have done for those 1912 audiences. After Faun, Debussy was also asked to write the music for Diaghilev’s ballet Jeux, a fun ballet where two girls and a boy are ostensibly searching for a lost tennis ball but in reality are just flirting. Debussy didn’t think much of this vacuous plot, but cash persuaded him to write the music nonetheless. At the time, audiences seemingly felt similarly about the work–bemused by the ballet and fairly indifferent to the music. Now though, the piece is admired for its ability to transport the listener to another world. You can hear Faun on Saturday 7 July at Cheltenham Town Hall where it will be performed by the Southbank Sinfonia and Wellensian Consort. It starts at 8pm.

Though he rejected the term himself, Debussy is considered to be a central figure of the Impressionist movement by music historians. Just as Impressionist art creates an entire feeling, Debussy’s work creates a general mood rather than focusing on individual notes. Nature and light strongly influenced his composition, just as they did for Impressionist artists. From a technical point of view, some of this ‘Impressionist sound’ comes from Debussy’s use of the piano pedals, which vastly change the sound and quality of the piano’s output. The pedals blur the audible texture of what is being played, just as the brush strokes used by Impressionist painters visually blur their work. Debussy also liked to close the lid of the piano, further muffling the sound.

Debussy was influenced by literary sources. Hemingledwith the literati of his day,meeting them in the cafes and bars that were an active hub for France’s leading creative minds. He was exposed to the emerging Impressionist artists, and also found himself profoundly influenced by Wagner’s music, as well as music and art from the Far East.When he first heard the Javanese gamelan Debussy was astonished by the vast range and subtleties of its sound, something he tried to incorporate into his work. You can particularly hear this influence in Estampes, which will be performed at The Essential Dubussy event. Alternatively, try Percussions Claviers De Lyon, this concert includes exciting arrangements of Debussy’s music. Foreign flavours from Debussy and others can also be heard from the Orchestra of the Music Makers. With music composed by Debussy, Delius and Holst, inspired by travels in Indonesia, Paris and Algiers respectively, audiences can expect an evening of exotic music.