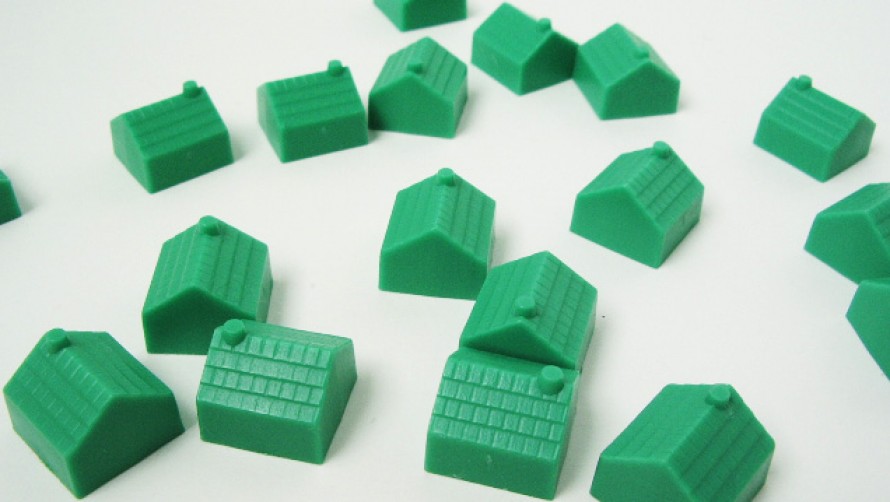 BBC Radio 4 presenter and science journalist Quentin Cooper on the new generation of board games, where maths and strategy are negating the luck of the roll…

It’s almost the last photo of my wife before our son was born. Waiting to be taken down to the delivery room, she’s sitting one of those big bouncy Swiss balls. In her hand are some cards, in front of her are several small red wooden markers. We’re playing a game.

We love board games. Not so much the old favourites you get in most toy stores – although I’m fond of Scrabble – and not Dungeons & Dragons or other fantasy role-playing epics. These are games that have only appeared in the last 10 years or so, many created by designers with a background in mathematics, and quite a few of the best by one particular maths PhD, Reiner Knizia.

I’d never heard of him until a few years ago when my wife bought me a game called Samurai because she liked the way it looked. It is beautiful, but it also turned out to be a delight to play…and play again. And since the box said “Reiner Knizia’s Samurai” as if his name was significant, I looked him up online and stumbled into this whole parallel universe. One in which Knizia is one of the most lauded of a group of designers using clever maths and applied science to create games in that Goldilocks zone of replayability – not too easy or difficult, too strategic or determined by luck, too hard to grasp or time consuming.

I ended up buying a lot more such games, several by him, and having many memorable nights and weekends playing them friends. So I’m more than usually excited to meet someone responsible for providing so much fun, and to try with the help of Professor Ian Stewart to get at how the underlying mathematics makes them work. Plus we all get to try out some of Reiner’s latest creations as part of the event. So what’s to lose?.

Oh and the game we were playing at the hospital? Our favourite for two people – Reiner Knizia’s Battleline.