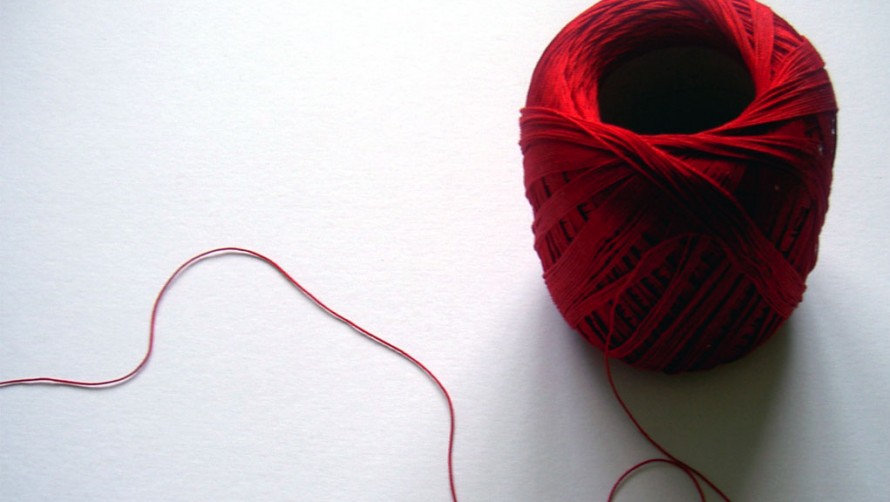 It depends on how fast it’s moving.

Objects appear shorter the faster they are moving. For example, if you were to fire a missile (measured while stationery to be exactly 1 metre long) at close to the speed of light so that it travels along the length of a fixed measuring tape, and then take a snap-shot of it in mid-flight, you will see that its length is now less than 1 metre. By how much depends on its speed: the closer to the speed of light it moves, the more squashed it will be.

So, however long your piece of string is, it will appear shorter the faster it moves!