Meet the 12 incredible musicians who have been selected as part of Composer Academy 2022 who will have their compositions work-shopped, performed and recorded as part of the programme.

What is Composer Academy?

Composer Academy is a programme for aspiring composers with Cheltenham Festivals and forms part of Cheltenham Festivals' Spotlight Talent Development Programme. Within the programme the selected 12 participants will have their compositions work-shopped, performed and recorded; attend a range of premiere performances at the Cheltenham Music Festival and have access to industry professionals in a series of panel talks that discuss craft and contemporary aesthetics along with career development. Our 2022 Composers have now been selected and announced. Congratulations to everyone. 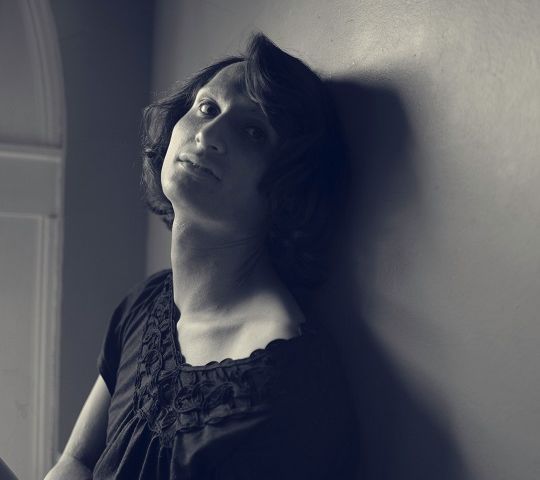 Zygmund de Somogyi (b. 1996) is a British-Filipino composer, artist, performer, and curator currently working nationally and internationally from London.

Zygmund’s compositions explore expressions of digital folklore, interdisciplinary performance, and the recontextualisation of genre and form, with their nonclassical background and punk rock upbringing greatly informing their practice as a composer. Zygmund’s first full-length opera ‘hikikomori!’ was commissioned and premiered by Opera in Oborne in Dorset, UK, featuring performances from Garsington and Britten-Pears affiliated singers, and artistic direction from the Royal Opera House’s Susanna Stranders. Other recent notable works include ‘BLUSH HOUSE’, a “graphic-score-unfiction-video-game” commissioned by Gaudeamus Screendive, and ‘The Reel’, a live film score commissioned by Access Contemporary Music Chicago.

Zygmund’s work has been performed in the UK, Ireland, Germany, Cyprus, Malaysia, America, and Canada; they have written music for films, documentaries, and YouTube channels such as Chris Hadfield’s Rare Earth, and they worked as resident composer for theatre company Distracted Rat from 2021-22 on commissions for London Horror Festival, Camden Fringe Festival, and Camden People’s Theatre.

Zygmund studied with Ed Bennett, Edwin Roxburgh, and Howard Skempton at Royal Birmingham Conservatoire, and with Ewan Stefani at the University of Leeds. Zygmund is also artistic director and editor of contemporary music magazine PRXLUDES, featuring in-depth interviews with composers and practitioners of new music. Zygmund is openly autistic, and helps run the Autistic Musicians' Network for musicians and creatives on the autism spectrum. 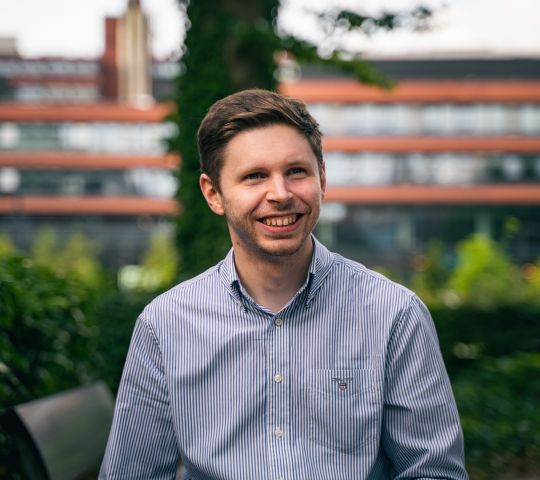 Cameron Biles-Liddell is an award winning composer and pianist based in North Wales, studying for a PhD in Composition at the University of Manchester, funded by the Victor’s Sayers Award for composition. As a composer he has received funding from Help Musicians UK and John Mathews Trust, as well as gaining commissions from Tŷ Pawb, National Youth Percussion Orchestra and the Norfolk and Norwich Festival. Cameron’s music takes inspiration from a wide variety of sources ranging from the environment, artwork and the relationship between temporality and music. This has led to his  work being recently premiered by a variety ensembles that most notably include: BBC National Orchestra of Wales, Royal Scottish National Orchestra, Psappha and the solo harpist Olivia Jageurs.

Cameron has also been fortunate to have been selected for composition schemes from across the UK. These range from orchestral collaborations through RSNO’s Composers’ Hub 21:22 to chamber groups such as Psappha’s ‘Composing For’ programme. He has also gained insights from internationally renowned composer mentors, including Nico Muhly from the Dartington Advanced Composition Course, as well as Gavin Higgins and Sarah Lianne Lewis as part of the BBC National Orchestra of Wales’ Composition: Wales programme. Most recently, Cameron has been awarded the Paul Mealor Award for Young Composers and will develop a vocal work the baritone Jeremy Huw Williams, alongside creating his new concerto, 'The Inextinguishable Flame'. Outside of composition, Cameron is the co-director for University of Manchester's New Music Ensemble and a Widening Participation Fellow. 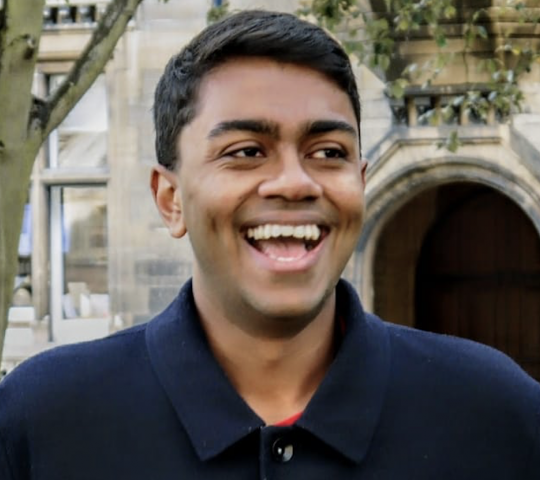 Vivek Haria (b.2000) is a British Indian composer who has recently graduated with First Class Honours with Distinction from the University of Cambridge, where he read for the Music and Management Studies Tripos and studied composition with Raymond Yiu and Richard Causton. It was his formal studies as a singer at the Royal College of Music Junior Department that initially awakened an interest in writing music for choirs and vocal ensembles. This quickly developed into a passion throughout his time at university, where he was able to research and imbue musical elements familiar to his cultural heritage, the Hindustani Classical tradition, within his idiom as well as expand his repertoire to include solo, chamber and orchestral works. His works have been commissioned and performed in Cambridge, London, and America. Most recently, he was a finalist in the 2021 Clements Prize where his string trio, Ennui, was premiered by members of the Piatti Quartet. Vivek has received informal consultations from composers including Robin Holloway and Stephen McNeff and is currently mentored by Brian Elias. 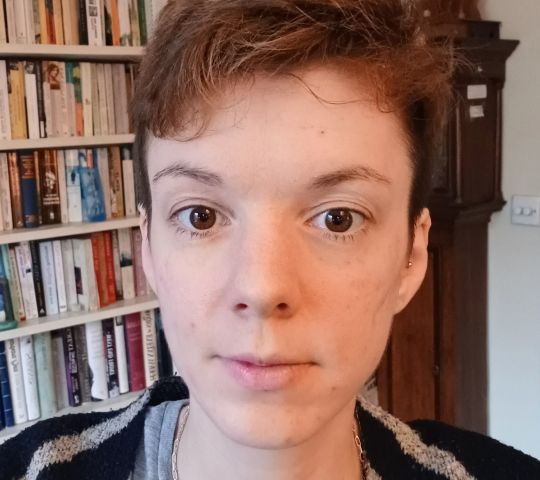 Robin Fiedler was born in Germany where she trained as a violinist and worked mainly as a jazz and folk musician. She relocated to London in 2015, where she read music and discovered composition as her main interest in her third year. Since then, Robin has been studying privately with James Francis Brown. Coming second in the Middlesex University Chamber Orchestra Competition, and first in the following year won her performances of her music by the acclaimed London Firebird Orchestra and the Allegri String Quartet in Central London Venues.

Her Junior Composer Residency with the London Bel Canto Festival in 2018 brought about a premiere at Cadogan Hall and an ongoing collaboration with the Festival. A set of her songs will be published by Music Haven Publishing in 2022. 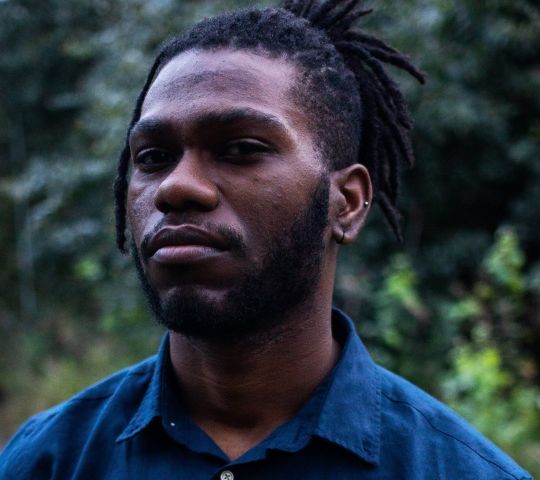 With a background in film making, Marcus made the decision to pursue composition seriously in 2018, earning himself a place at the Royal Birmingham Conservatoire on a scholarship (beginning 2019). In his first year studying music, he has been selected to collaborate with and write a String Quartet for Quatour Bozzini, he has written for members of Chineke! Orchestra, he was also given the opportunity to write a solo flute piece for contemporary flautist Rowland Sutherland, He was selected to compose music for the Cheltenham Music Festival (2021) working closely with and mentored by Composer Daniel Kidane, and was invited to participate in the Festival the following year. In addition to this he has written a piece for BCMG and has also written a string duo for members of Fidelio trio: Darragh Morgan and Tim Gill. Marcus’ aesthetic is centred around the sensory feedback of the subjective experiencing of thoughts and emotions triggered by both internal and external phenomena and the similarities/differences between them. Marcus currently continues his studies at Conservatoire while being active outside of the university environment. 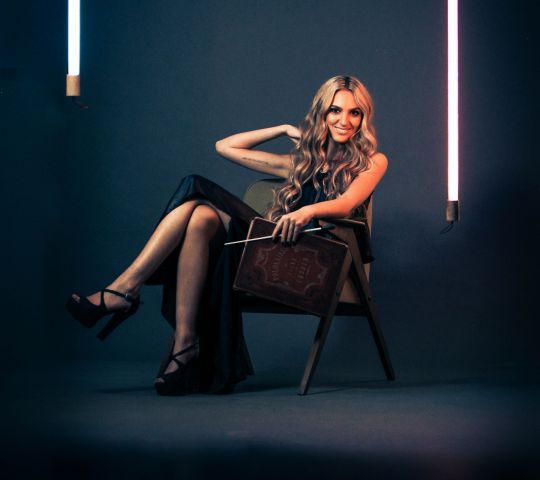 Crystalla is currently based in London and has upcoming premieres of her work in the Florence Choral Festival, Cheltenham Composer’s Academy and Dartington Summer Festival with Bozzini Quartet. Her new music ensemble, ‘Dias Ensemble’ has an upcoming summer concert in the Duke’s Hall, premiering two new chamber works, celebrating the Royal Academy of Music turning 200. She is also currently writing a multi-genre ‘Popera’ called ‘Chronicles of Millennial Dating’ which will be performed in the Susie Sainsbury Theatre, Royal Academy of Music in September 2022. 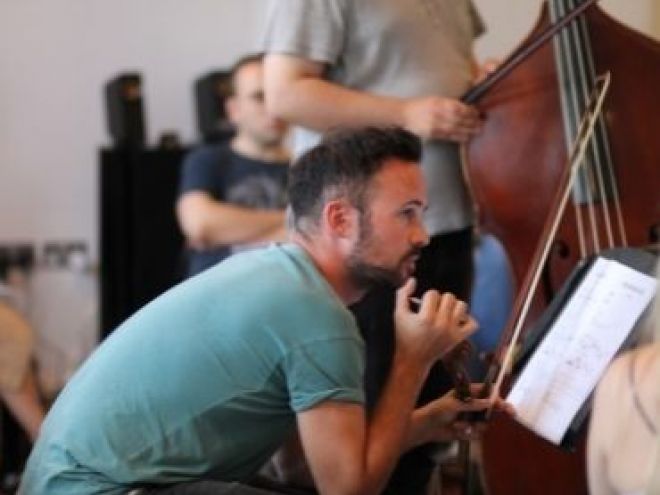 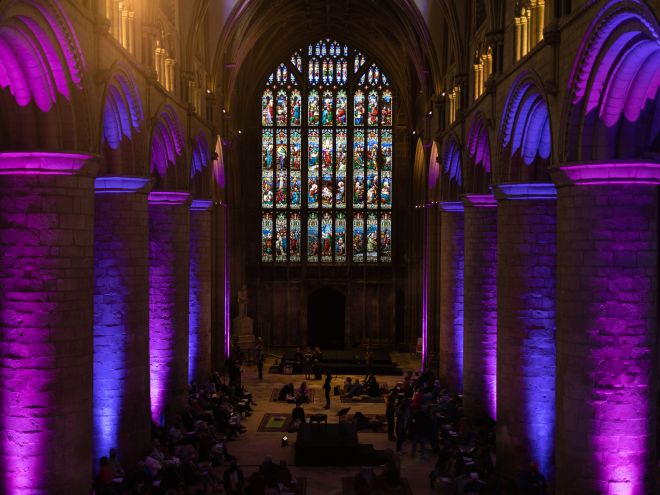