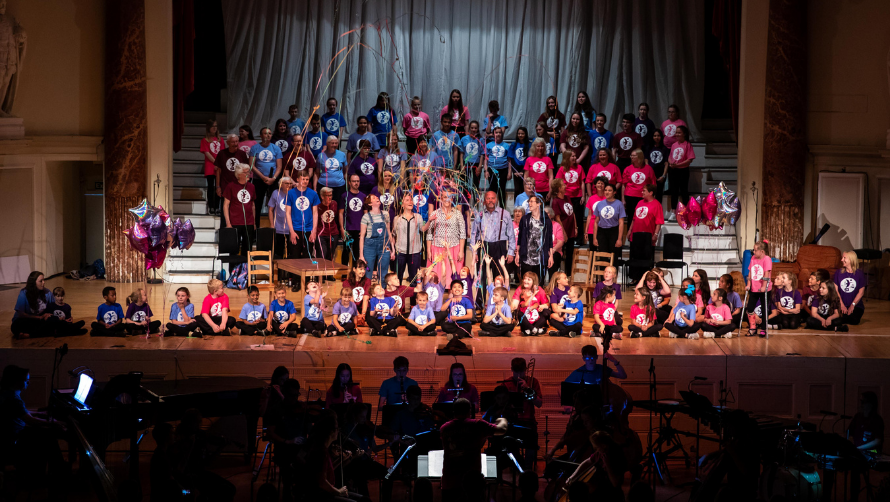 Across The Sky: A Community Opera (Image: Still Moving Media)

Cheltenham Festivals’ community opera Across The Sky, created for the Finale of the 75th Cheltenham Music Festival, has been shortlisted for a prestigious Royal Philharmonic Society (RPS) Award.

For classical, it’s the Oscars, the BAFTAS and the Grammys all in one.

The RPS Awards celebrate the outstanding, the pioneering, and the inspirational, and are the highest recognition for classical music in the UK. At this critical time for the Arts, there has never been a more important moment to champion the worth of classical music and the RPS Awards shortlist highlights the vital role that classical music plays, inspiring and empowering countless lives nationwide.

Across The Sky has been nominated in the Impact category – for an outstanding initiative or organisation which set out to engage and have a lasting positive impact on the lives of people who may not otherwise experience classical music.

Across The Sky was written, composed and performed by the community of West Cheltenham and played to two sold-out houses on Sunday 14 July 2019 in Cheltenham Town Hall. It was the culmination of a cross-arts, intergenerational project over four years and built on the work of two previous Cheltenham Festivals’ projects in the community – a song-writing piece (Going for a Song) and a storytelling piece (A Way With Words).

Across The Sky had an enormous impact on the community as they came together to write, compose and perform their own opera. It built stronger relationships, inspired people to learn new skills and challenged some pre-conceived ideas about this part of Cheltenham.

The full shortlist for the 2020 RPS Awards will be available on the RPS website.

Find out more about Across The Sky

Winners will be announced at the 2020 RPS Awards digital broadcast at 7.00pm on Wednesday 18 November on the RPS website. Filmed at London’s Wigmore Hall and presented by BBC Radio 3’s Georgia Mann, it will feature performances by several nominees. Longstanding RPS Awards partner BBC Radio 3 will then present a musical celebration of the RPS Awards winners at 7.30pm on Monday 23 November.