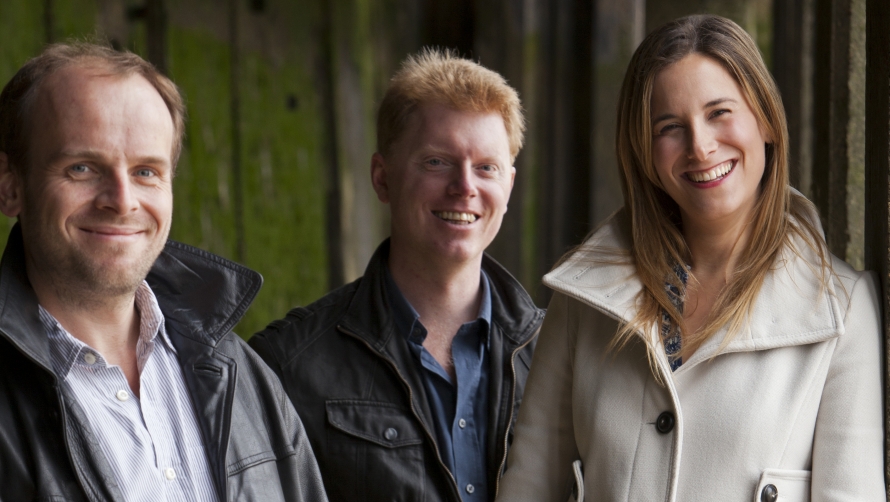 We caught up with pianist Tim Horton to find out more about ‘Beethoven at Syde’ and the performers who will be taking us into our immersive weekend of Beethoven at Syde Manor in June 2020:

Formed in 2012, the Leonore Piano Trio brings together three internationally acclaimed artists whose piano trio performances as part of Ensemble 360 were met with such an enthusiastic response that they decided to form a piano trio in its own right. The trio has performed the complete Beethoven Piano Trios at Kings Place, and have an even broader long-term project, including all the works by Beethoven for piano trio, piano and violin, and piano and cello for Music in the Round in Sheffield. For their appearance at Cheltenham Music Festival, the trio is joined by two fellow-members of Ensemble 360. This critically acclaimed 11-piece ensemble performs throughout the UK, appearing regularly on BBC Radio 3 and some of the largest festivals in the UK.

It’s not often that you get to hear so many Beethoven piano trios in one go.

In the earliest Trios, written when Beethoven was in his twenties, you can hear very clearly the influence of Haydn and Mozart but also intimations of what might happen later in Beethoven’s music. The early Trios also contain some of the most emotionally mature music that I can imagine. Hearing them together with the later pieces is a wonderful opportunity to hear how much of his musical language had already developed with op. 1.

We are performing five of the seven piano trios but for balance and variety we wanted to include music by composers who were influenced by Beethoven. He was a very important figure for most nineteenth century composers. Schumann, in particular, felt his influence very keenly and we include a couple of his pieces as a contrast but also to show the continuation of Beethoven’s legacy.

I was very keen to include some contemporary composers’ responses to Beethoven that I premiered in 2017 at the Presteigne Festival. Many of the composers commented afterwards that they felt Beethoven’s music sounded more “modern” than theirs.

Treat yourself to an immersive weekend of Beethoven tucked away in a beautiful corner of Gloucestershire from Saturday 27 June – Sunday 28 June. Book your place and purchase your full weekend ticket (£195) or day ticket (£115) today.

Described by Musical Opinion as “an outstanding artist”, Benjamin Nabarro has performed as a soloist or guest concertmaster with the BBC Symphony, BBC Scottish Symphony, English Chamber and Scottish Chamber Orchestras and the Philharmonia, and is a regular guest of the Nash Ensemble. His concerto performances have won praise for their “purity of style, elegance of phrasing and unsurpassed perfection of technique”. He plays on a violin made by G.B Rogeri of 1695. Winner of the prestigious Pierre Fournier Award at Wigmore Hall in 2007, Gemma Rosefield made her concerto debut at the age of sixteen. She is described by The Strad as a “mesmerising musical treasure”, by the London Evening Standard as “a phenomenal talent” and featured in BBC Music Magazine as “one to watch”. Gemma plays on an Alessandro Gagliano cello of 1704, formerly belonging to the Prince Regent.

Winner of the prestigious Pierre Fournier Award at Wigmore Hall in 2007, Gemma Rosefield made her concerto debut at the age of sixteen. She is described by The Strad as a “mesmerising musical treasure”, by the London Evening Standard as “a phenomenal talent” and featured in BBC Music Magazine as “one to watch”. Gemma plays on an Alessandro Gagliano cello of 1704, formerly belonging to the Prince Regent.

Tim Horton is one of the country’s leading chamber pianists. He is a founder member of Ensemble 360 and the Leonore Piano Trio and has performed at major venues throughout the UK and Europe. He plays regularly at the Aldeburgh, Plush, North Norfolk, Elverum, Bath, Elverum festivals. He also appears frequently on BBC Radio 3 and records for Hyperion with the Leonore Trio.In 2016 Tim made his solo debut at the Wigmore Hall and will return as soloist and chamber pianist in the coming seasons. Between 2011-2015 he performed a cycle of the complete Beethoven Sonatas at the Crucible Studio, Sheffield and recently completed a cycle of Schubert Sonatas at the same venue and throughout the UK.

Violinist Claudia Ajmone-Marsan is a member of Camerata Bern, Switzerland. As concertmaster, she has led the Kammerphilharmonie Neuss am Rhein, Santander Festival Orchestra and the Presteigne Festival Orchestra. As principle second, she has guested with the Mahler Chamber Orchestra, Camerata Nordica and the Welsh National Opera. Her CD with pianist Tanya Bannister was selected on ArtsBeat as the ‘Pick of the Week’ by the New York Times.

An internationally recognised chamber musician and soloist, Ruth Gibson became a Park Lane Group Solo Artist in 2015. She plays regularly with the Nash Ensemble, Scottish Ensemble and Academy of St. Martin in the Fields, and toured worldwide as Principal Viola with Camerata Ireland. She regularly guests as Principal Viola with Manchester Camerata, Aurora Orchestra and City of London Sinfonia. Ruth is a tutor in Viola at the Royal Northern College of Music in Manchester.