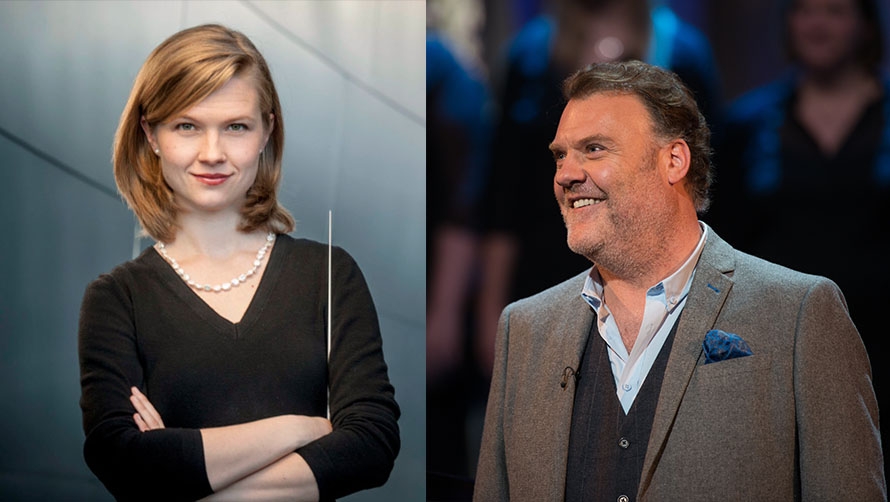 One of the greatest musicians of his generation, Welsh bass-baritone Bryn Terfel will give a rare solo recital at the 2017 Cheltenham Music Festival (1 – 16 July 2017); just one of the stellar performers in a programme which also features the City of Birmingham Symphony Orchestra under its new Music Director Mirga Gražinytė-Tyla; I Fagiolini and Academy of Ancient Music performing anniversary Monteverdi; Tasmin Little; BBC Young Musician winner Sheku Kanneh-Mason; Tenebrae; Pavel Haas Quartet; and The Hallé with young American conductor Jonathon Heyward and Roderick Williams.

Available from the following dates are concerts with the City of Birmingham Symphony Orchestra, bass-baritone Bryn Terfel, I Fagiolini, the Rodgers & Hammerstein celebration and the Mendelssohn concert weekend at the Tithe Barn at Syde Manor.

Bryn Terfel’s charismatic presence draws thousands to hear him sing and he is in huge demand by the world’s leading opera houses. He is equally compelling in recital, communicating with audiences in the most direct and intimate way. His recital on Thursday 6 July is sure to be one of the standout performances in the Music Festival’s long history.

Friday 7 July sees a celebration of the music of Richard Rodgers. A selection of top West End singer/actors join the brilliant young musicians of Chetham’s School in Manchester for classic songs and sequences by Rodgers & Hart and Rodgers & Hammerstein – culminating in a medley from The Sound of Music.

On Sunday 9 July, in celebration of Monteverdi’s 450th birthday, I Fagiolini will give a semi-staged performance of L’Orfeo, acknowledged as the first great opera, and written in 1605.

Following the success of Shostakovich and Schubert focuses in the Tithe Barn at Syde Manor, the Carducci Quartet, cellist Guy Johnston and friends perform a wide range of Mendelssohn chamber works – culminating in the magnificent Octet – on Saturday 1 and Sunday 2 July.

Getting Closer to the Festivals with Membership

Being a Member is one of the best ways to enjoy all the Festivals have to offer: