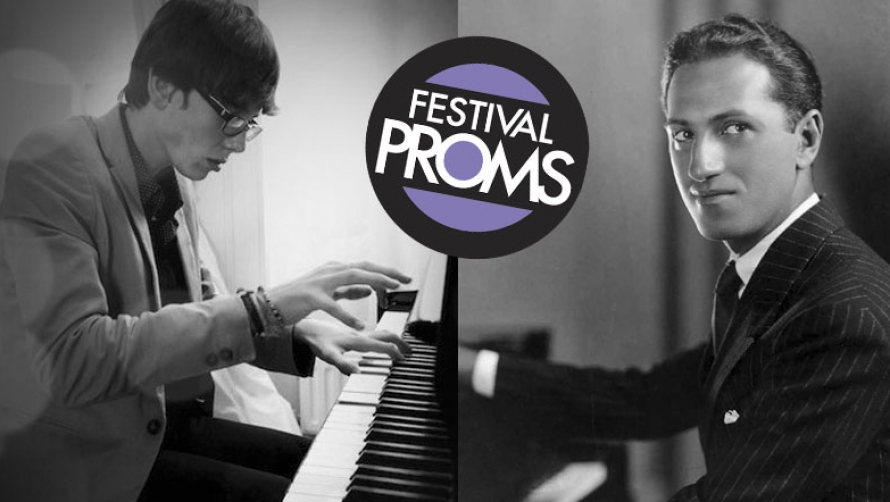 The Opening Night Prom: An American in Paris

We’ve announced a spectacular line-up for our 2015 Music Festival Proms series, including a screening of Hitchcock’s cult-classic Psycho with live soundtrack.

As well as enjoying this masterpiece, audiences can also revel with An American in Paris, marvel at Alice’s Adventures in Wonderland, and hear blockbuster symphonies by Mahler and Rachmaninov.

Tickets for the 2015 Festival Proms go on sale in plenty of time for Christmas: 1pm on Mon 1 Dec for Members and 1pm on Weds, 3 Dec for the general public.

Cheltenham’s Festival Proms were introduced last year and were an overwhelming success. The series of Proms concerts in Cheltenham Town Hall, presented in association with HSBC, was a major factor in the 2014 Festival’s success.

There was precisely the buzzy, relaxed atmosphere that we wanted from this re-booting of the Town Hall programme. So it won’t come as a surprise that these Festival Proms are back in 2015, and that we’re going on sale with them again in early December to enable people to buy tickets as a Christmas gift.

The BBC Concert Orchestra launches the 2015 Cheltenham Music Festival with a programme themed around Gershwin’s An American in Paris on Tuesday, 30 June. BBC Young Musician 2014 winner Martin James Bartlett is the soloist in Gershwin’s Rhapsody in Blue, and the concert also includes music by John Adams, Copland, Ravel, Satie and one of the festival’s featured artists, Eric Whitacre.

Edward Gardner conducts the City of Birmingham Symphony Orchestra on Wednesday, 1 July in an enticing programme of Haydn, Mozart and Rachmaninov’s 2nd symphony. Steven Osborne is the soloist in Mozart’s Piano Concerto No 24, K 491.

The King’s Singers celebrate the 150th anniversary of Alice’s Adventures in Wonderland with a typically wide-ranging programme – from madrigals and partsongs to Ligeti’s The Lobster Quadrille and Cy Coleman’s The Rhythm of Life on Thursday, 2 July.

Cheltenham Town Hall hosts a screening of Alfred Hitchcock’s Psycho with a difference on Friday 3 July: Bernard Herrmann’s masterful score will be played live by one of the UK’s top orchestras, the Britten Sinfonia. Expect the infamous shower scene to be like you’ve never experienced it before…

The Festival Proms comes to a close on Saturday, 4 July with Mahler’s mighty 3rd Symphony. With its massive orchestra and combined chorus of women and children, this is probably a first for Cheltenham Town Hall in its 110 year history. Mezzo-soprano Sarah Connolly joins Cheltenham Bach Choir, Cheltenham Youth Choir and surely the best school orchestra in the world, Chetham’s Symphony Orchestra.

The full Music Festival line-up will be announced early in the New Year.

What’s next for classical music? Find out what’s next for the industry in the climate crisis with @musicdeclares on… https://t.co/7DVFEAYNNd

It's the turn of Cuban-born trumpeter, @YelfrisValdes to sweep you away with a solo with Saturday. Don't miss him a… https://t.co/K3YCjiKVHv

RIP Helen McCrory. She and her husband, Damian Lewis produced one of the most powerful #CheltLitFest moments in mem… https://t.co/nhazLL6Q3r