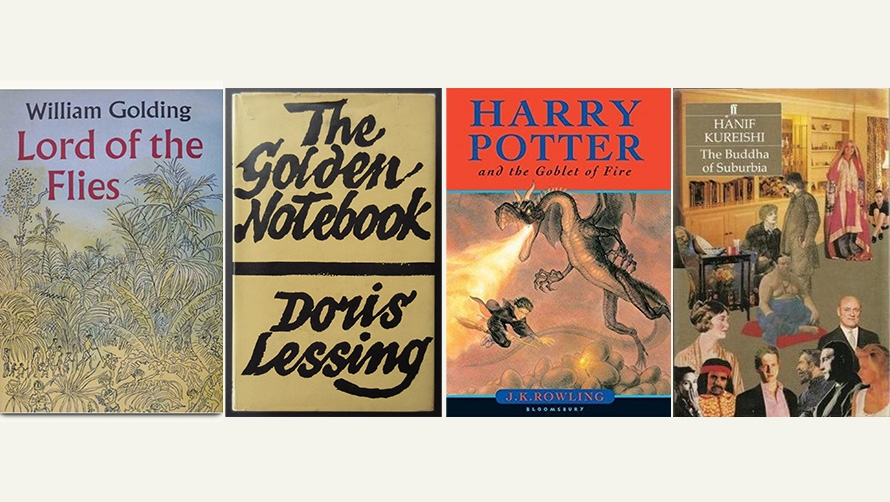 Our brand-new weekly blog invites you behind the scenes to hear from our Literature Festival programming team, Guest Curators and authors. They’ll share their excitement about their part of the programme and what they are looking forward to most. And we’ll be revealing our Reading the World list, collated from 70 literary festivals across the globe.

Literature Festival Head of Programming Nicola Tuxworth gives us some highlights for this year and an exclusive first reveal of the most influential British novels of the last 70 years shortlisted in our Leafing Through The Decades events on the final day of the Festival.

With hectic Literature Festival preparations now involving all the 45 strong team here at Cheltenham Festivals HQ, and the first bite of Autumn in the morning air, it feels as if the opening day of the 70th Festival and all the excitement that brings really is just around the corner.

Our cramped corner of the office is full to bursting with books, books, books, teetering in beautiful multi-coloured piles on tables, nestling in cardboard boxes, and overflowing on the shelves dotted around us. This is the wonderful harvest we gather in from publishers across Britain and the world, and then send out to all the many, many participants in this, our 70th-anniversary festival. Which ones will stand the test of time I wonder? In those pristine freshly-inked piles where are the true fiction classics of tomorrow, and the next 70 years?

The question of how great fiction maps our changing times has exercised us during the programming process this year, and several key events turn their attention to this. In association with The Booker Prize Foundation, The Cheltenham Booker looks at 1949, our first-ever Festival, and an astonishing year for publishing. Distinguished participants debate the merits of four landmark titles and ask: Had the Booker Prize existed then, which book would have won? For a more current showcase of the classics of the future, the eagerly anticipated 2019 Booker event brings this year’s shortlisted authors together just a few days before the winner is announced.

Our Guest Curator, the historian and broadcaster Dominic Sandbrook, has curated a pair of events attempting to identify the seven British novels which most embody the spirit of each of the previous seven decades. With his two fantastic panels of the brightest literary critics and reviewers he embarks on a breakneck journey from 1949 to the present day.

I am delighted to be able to announce here the choices of the panellists:

To find out who chose what, and for a thoroughly stimulating evening of bookish debate join Dominic on Sunday 13 October.

Finally, as we know, all books tell a story, and some of these stories are true. This year the programming team has chosen some of the best non-fiction publishing by the most engaging and perceptive chroniclers of our times. We are very happy to be welcoming Nicholas Coleridge, Peter Hennessy, Virginia Nicholson, Amelia Gentleman, Jenny Lister, Daniel Rachel, Colin Grant, Nick Robinson, Ed Stourton and many others. Throughout our 10-day programme they will reflect on the extraordinary, real story of post-war Britain through to the present day.