Lenny Henry will join the panel for Mostly Lit Live at The Times and Sunday Times Cheltenham Literature Festival on Sunday 14 October at 4pm.

The Festival’s first ever Podcast-in-Residence will record a special live version featuring Festival guests, including Lenny Henry – one of the most recognisable faces on stage and screen today.

Named by The Guardian and the BBC as one of 2017’s top podcasts, Mostly Lit is an award-winning books and pop-culture podcast.

Alex Reads, Raifa Rafiq, Derek Owusu and Clarissa Pabi, the team behind the podcast said: ‘As a team of young black people finding our way through the creative industry through our podcast we think that Lenny Henry’s work, presence and voice has set an inspirational precedent for Black British culture, and what can be achieved in media. We are excited to talk to him about his career and insights as well as discuss some of the books and shows that have shaped him.’

As well as the live podcast, Alex Reads will appear in a workshop session dedicated to book blogging, vlogging and podcasting in Turning Your Passion For Books Into Digital Content and Derek Owusu will be championing a title by Chinua Achebe in The Cheltenham Booker – where a panel fights it out to determine who would have won the Booker Prize had it existed in 1958. The team will also be recording podcast episodes from their time at the Festival with interviews, festival guests and behind the scenes insights.

We admire Cheltenham for having a history of engaging with podcasting and we’re excited to be contributing to this innovative work by adding Mostly Lit into the mix. 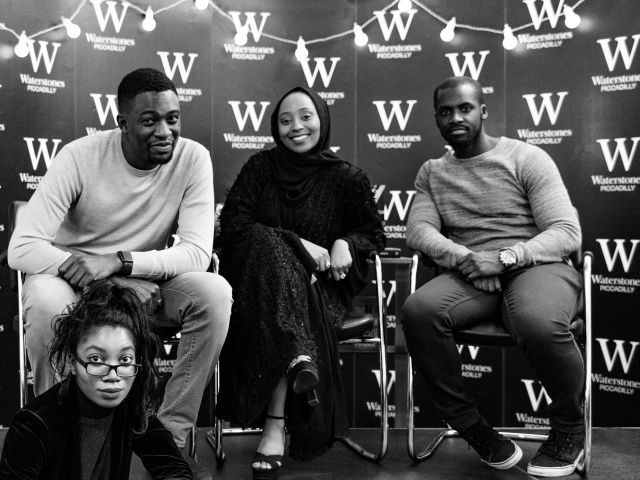 Mostly Lit said: “We’re excited to be the first Podcast-In-Residence at Cheltenham and what this role we’ve created signifies. We see our residency as an excellent opportunity to create some interesting and unexpected podcast content for Cheltenham and our audience, drawing on some of our favourite books and authors and the experience of being part of the Festival. We can’t wait for our live show and to attend the rest of the Festival!”

Lyndsey Fineran, Programme Manager said: “I’m delighted to have Mostly Lit as our inaugural Podcast-in-Residence. We’ve always been big believers at Cheltenham that there should be numerous access routes to books and, indeed, to the Festival itself and we’re proud to host such a diverse range of ways for people to engage with bookish content – whether that’s through panels, talks, debates and readings or gigs, storytelling slams, live theatre or our Lit Crawl. Podcasts have opened up a whole new platform for talking about books and reaching new readers and we’re excited to be partnering with Mostly Lit on their brilliant work in this area.”

RT @jojo_durrant: You can hear my chat with @ginamartinuk at the @CheltSciFest about being a guest curator, what being the change means to…

Are you a writer, performer, poet, comedian, artist, activist or more? Apply now for an opportunity to be included… https://t.co/gbV10O4tTx

There's still time to join AIDA and be part of this exciting experiment! Researchers at the @UniversityLeeds and… https://t.co/KdIFzME7tZ