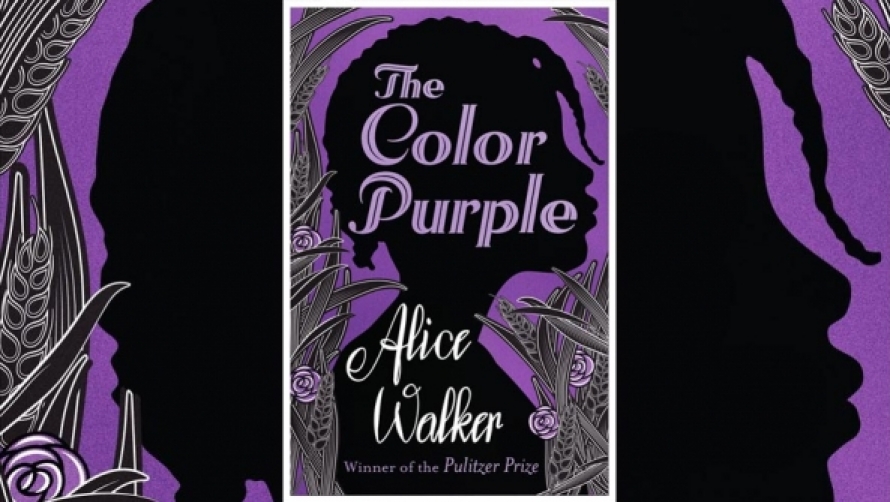 If you were wandering down Cheltenham High Street yesterday afternoon, you may have thought that a book club had got lost and wandered outside of the festival. But this was a flashmob with a difference. As part of this year’s Big Read celebrations, festival-goers gathered in the centre of Cheltenham for a two minute reading of The Color Purple, 2016’s chosen book.

Some shoppers stopped and watched as the flashmob group read silently in an appreciation of Alice Walker’s novel, which is still considered a modern classic of African American literature (it’s also been made into a film and a Broadway musical). Chelt Fest volunteers handed out copies of the book to passersby on Regent Street and encouraged them to join in with the two minute silent book club, which was also a celebration of Black History Month.

Black History Month is for everybody. It’s about social cohesion and this event is symbolic of that.

Following the colour theme, some festival goers wore purple accessories as part of the event, including one fantastic lady with a purple balloon. Luckily I had a scarf with me. Members of the African Community Foundation were also part of the crowd, including Florence Thomas, who has been with the foundation since it started three years ago.

“Black History Month is for everybody,” she smiled as she spoke to me after the event. “It’s about social cohesion and this event is symbolic of that. I think it’s fantastic that people can find this in the middle of Cheltenham.”

The Foundation has just entered into a partnership with Cheltenham Literature Festival and came up with the idea for the event (and the Big Read selection) when discussing it with the creative team.

“Foundations like ours really grow through partnerships with other organisations, which is why events like these are so great.” The group has also worked in colleges and schools, last week they ran an African dance class which was really successful with the kids.

“Even the ones that would usually leave the room came and joined in. That’s what Black History Month is all about. We all live in a diverse society so it’s important that we capture our differences and celebrate together, rather than being afraid and just accepting bad perceptions of people.”

Florence is looking forward to seeing Akala around the festival – “there’s also an event about new immigrants that I’d like to see.” You can also read more stories from the people of Cheltenham at the Real Life Stories stands which are dotted in and around the festival (you won’t miss them, they’re very colourful). There’s also a Tumblr filled with these stories which you can check out. Big Read events will be taking place all weekend, so keep your eyes peeled on the programme.