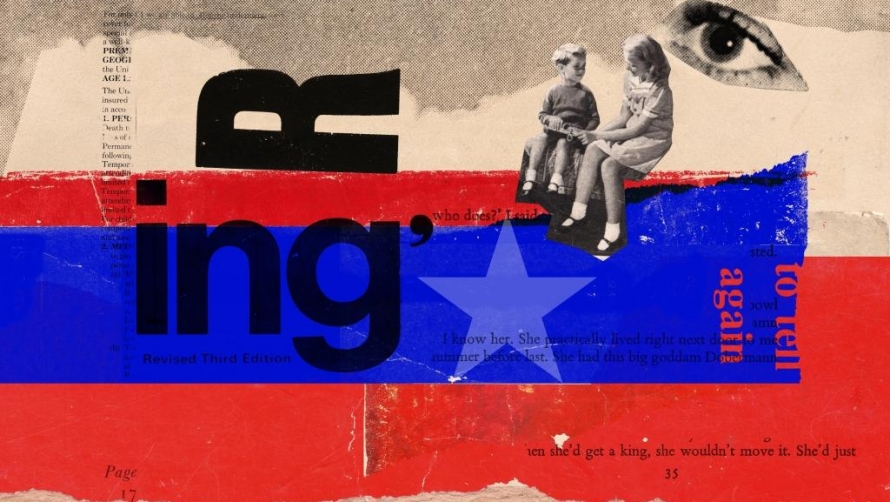 For ten days in October (7-16), the vibrant spa town of Cheltenham is transformed into a book lover’s dream welcoming over 600 of the world’s finest writers, actors, politicians, poets and leading opinion formers to celebrate the joy of the written and spoken word.

As well as the very latest in Fiction, the Festival offers events covering History, Art, Classic Literature, Music, Film, Theatre, Entertainment, Food and Lifetstyle. The Children’s and YA programme will boast two weekends packed with an exciting line-up of author events, shows and workshops for toddlers to teens.

This year the Festival will extend …around town with a host of pop-up performances in the streets and Cheltenham’s very own Lit Crawl. Imported from San Francisco’s Litquake Festival, it turns a bar crawl into a fast-paced mob scene of literary mayhem. And there are Festival Lates! on site providing a delicious taste of edgy performances.

I am really excited to present my first festival at Cheltenham and it’s going to be amazing!

In the run up to the American election we present a fascinating view of the USA from up-to-the-moment political analysis to a rich investigation of the nation’s culture. The festival explores other pertinent issues of our times too and there is a chance to hear some of the best talent in fiction, poetry and spoken word.

This year the site will be really vibrant: there will be plenty of late entertainment as well as brilliant free activities for families. Above all, the Festival is for people to come together to celebrate and enjoy the written and spoken word whether provocative, thoughtful, lyrical, satirical or downright funny.

In this presidential election year, as the world’s eyes turn to America, Cheltenham looks deeper into the culture as well as the politics of our friends across the pond. The Sunday Times hosts a special election review while The Times examines the special relationship between the UK and the US, chaired by Justin Webb and featuring Steve Erlanger, The New York Times bureau chief in London, and Armando Iannucci, creator of the political satires The Thick of It and Veep.

Humourist and journalist P J O’Rourke will be musing on America’s place in the world; the current president’s legacy will be examined in The Obama Years: Yes We Can – But Did We? and some of the best new writing from the States from Jonathan Safran Foer, Teju Cole and Michael Connelly.

Orange Prize-winning author of We Need to Talk About Kevin, Lionel Shriver, introduces her brilliant and unsettling new novel The Mandibles A Family, 2029-2047 and there will be events on American food, lifestyle and travel, including Cheryl Strayed’s memoir Wild recently made into a film starring Reese Witherspoon.

Expect fierce, lyrical storytelling from MOBO award-winning hip hop artist, writer, poet and educator Akala while bloggers, vloggers Emma Gannon (Girl Lost in the City) and Ella Woodward (Deliciously Ella) will be among some of the new entrepreneurs talking about Lives Online and the new economy.

In an event sure to set pulses racing, Clare Balding will interview Jilly Cooper about her latest novel Mount! and the return of the ravishing Rupert Campbell-Black. Clare Balding will also present her first children’s book The Racehorse Who Wouldn’t Gallop.

Appearing at the Festival will be grande dame of Irish Literature Edna O’Brien talking about her first novel in ten years: The Little Red Chairs. Irish publishing sensation Eimear McBride is also on hand to discuss her new novel The Lesser Bohemians.

Festival favourite Sebastian Faulks returns to talk about his latest novel Where My Heart Used to Beat – an ambitious and deeply moving tale of memory, love and war.

Well-loved author Maggie O’Farrell introduces her Sunday Times top ten bestselling novel This Must Be The Place; and Tracy Chevalier presents her latest work, At the Edge of the Orchard.

Get priority booking, ticket discounts and exclusive events with Cheltenham Festivals Membership. Join today from only £25!

Find Out About Membership

In military history, Ben Macintyre shares his unprecedented access to the SAS archives in SAS Uncovered, marking the 75th anniversary of the founding of the elite military team, while 100 years on from The Somme, we’ll explore the psychological impact of war in Shellshock.

A N Wilson discusses the reign of Queen Elizabeth II with poetry from some of the landmarks of her reign in The Queen; Alexander Armstrong and Richard Osman will present A Pointless History of the World and the authors of two of the most lauded historical novels of 2016, Sarah Perry and Francis Spufford, discuss their books with The Sunday Times Literary Editor Andrew Holgate.

Author and historian Alison Weir presents the first in her Six Tudor Queens series of novels, bringing to life the first of Henry VIII’s queens, Katherine of Aragon.

“Big Beast” Ken Clarke talks about his twin loves of politics and jazz while fellow Ex-Chancellor of the Exchequer Ed Balls describes his years heading up the Treasury; Discussing their memoirs will be Margaret Hodge, the redoubtable Public Accounts Committee chairman, and Nick Clegg, while Ian Hislop spills the beans about 30 years editing Private Eye and Alan Johnson reveals the third instalment of his extraordinary and authentic memoir The Long and Winding Road.

There will be culinary stars aplenty with the chance to hear them speak and taste their recipes. Who could resist Afternoon Tea with Great British Bake-Off champion Nadiya Hussain, lunch with the master of Italian cooking Antonio Carluccio, or tapas with Miriam González Durántez. There’s also debate about the ‘clean eating’ movement and talk on bushcraft with Ray Mears.

Fashion editor from The Times Anna Murphy and editor of Harper’s Bazaar Justine Picardie explain why what you wear matters in an illustrated guide to iconic fashion in Ten Frocks that Rocked the World and The Times takes a light-hearted look at modern life in their Guides to Modern Manners and Modern Parenting.

Comedians and writers Julian Clary and David Baddiel will talk about their latest books, Lucy Worsley tells tales of the Tudor Court through the eyes of maid of honour Eliza Rose and there’s murder mystery from Robin Stevens, author of the Murder Most Unladylike series.

For young adults, YA authors Holly Bourne (What’s a Girl Gotta Do?), Holly Smale (the Geek Girl books) and CJ Daugherty (the Night School series) discuss the influence of feminism on their writing.

A vibrant spa town with Regency architecture, broad avenues and a bustling high street, Cheltenham sits in an area of outstanding natural beauty on the edge of the Cotswolds: a vision of English calm with an impressive range of shops, hotels, restaurants, theatres and bars.

Perfect for families who love books, storytelling and days out, the Festival is located in a pop up tented village in the centre of town, complete with family spaces like Little Big Top and Waterstones Children’s Hideaway.

Festivities extend around the site with a range of free activities and pop-up performances to be enjoyed, including a chance to meet your favourite writers at Waterstones’ on site book tent, plus top quality, locally sourced food and drink, with outlets across the site and beyond.