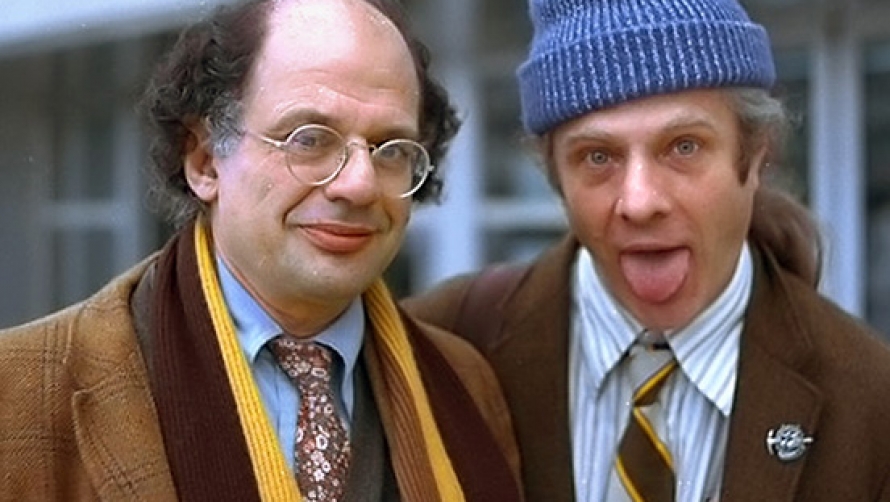 Allen Ginsberg was an American poet and a significant figure in the Beat Generation of the 1950s. He is also the subject of one of our ‘Defining Moment’ events at this year’s The Times and The Sunday Times Cheltenham Literature Festival.

The first public reading of Howl – in which Ginsberg rails against the capitalism and conformity of 1950s America – was on 7th October 1955. Despite not originally intended for public reading, it was the poem that brought him to public attention – and in reflecting Ginsberg’s own sexuality, the graphic imagery within the poem made it a controversial work at a time when homosexuality was effectively still criminalised. This year, we’ll be celebrating the poem’s anniversary, exactly 60 years on.

Ginsberg’s work has been performed at the Festival before – by the man himself.

Allen Ginsberg had been poet-in-residence at the 1979 Cheltenham Literature Festival, to which he brought his partner Peter Orlovsky; and at which he also gave a four hour seminar ‘on Meditation and Poetics’. By this time he would have already began to suffer from the many illnesses that affected him later in life, including minor strokes – but this didn’t seem to slow his schedule or creative output.

Cheltenham was fortunate to have him return for the 1993 Literature Festival; he would continue his public readings almost up to his death in 1997, at the age of 70. At the 1993 Festival, he was scheduled for a talk about Howl, but was delayed for the majority of the event due to train delays.

The full recording of this Howl talk, which features Calder Publishing founder John Calder reciting a portion on the poem itself to cover the delay, can be heard below. Ginsberg arrives around 38 minutes in, and as well as the process of creating Howl, he discusses his involvement in William S. Burroughs’ Naked Lunch.

Ginsberg’s second appearance at the 1993 Festival was to be a poetry reading. In the recording below he reads chronologically from work written in the 80s up to that present year, and performs a musical rendition of the delightfully named NSA Dope Calypso (at 20 minutes in).

One poem that is particularly powerful in its delivery is Hum Bomb, an anti-war poem, mesmerizing in its repetition. The title is based on when, according to Ginsberg, the Shaivite Sadhus in India raise a pipe to their heads and utter a cry: ‘hum bomb’. Begun in May 1971, Ginsberg had added a new section added every 10 years – moving from Vietnam, to Iraq – and finishing in Armageddon.

60 Years of Howl at the Cheltenham Literature Festival

Celebrate 60 years of Howl with us this year at the Festival – as Steve Tromans & the Howl Band, Ginsberg’s friend and biographer Barry Miles and poet Cecilia Knapp come together to celebrate the iconic night’s 60th anniversary.

about 12 hours ago
Back to Top