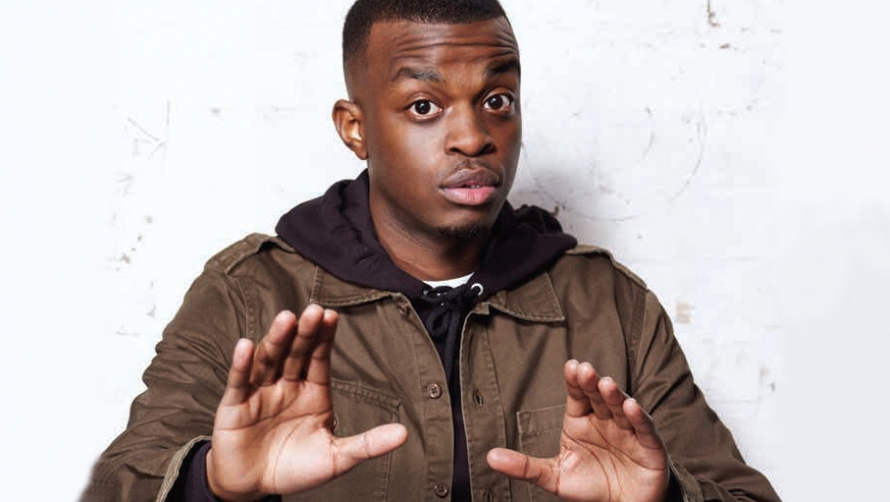 Having attracted the attention of musicians, politicians and the literary industry alike with his socio-political, street-savvy verse, George The Poet is set to not only emerge as a unique UK talent but also as the compelling voice of a generation. Born George Mpanga in Harlesden to Ugandan parents, the 24-year-old wordsmith began performing rap and grime at 15 and broke into the poetry scene while studying at university.

Blending spoken word and rap, an inner city upbringing with a Cambridge education and a social consciousness with a satirical wit and infectious rhythm, George takes poetry into new territories and to new audiences. He offers a different way of talking about the things that matter, to explore his own experience and ideas and encourage others to explore theirs.

During his studies he won the social enterprise competition The Stake, using his winnings to fund a series of poetry workshops for underprivileged children across London. Since then he has gone from strength to strength: named as the face of BBC Radio 1’s Hackney Weekend, shortlisted for the 2015 BRIT awards and listed in the BBC Sound of 2015’s top five. He has featured on Labrinth, Emeli Sande, Paolo Nutini and Naughty Boy records, collaborated with Idris Elba and has supported Nas, Maverick Sabre and Common on tour.

After breaking startling new ground on the poetry circuit with his first collection Search Party, and performing a string of sold out headline gigs in spring 2015, this autumn sees George embarking on a second nationwide tour.

I am thrilled to be guest directing at Cheltenham this year. This will be my opportunity to discuss some pressing social issues, all in the context of our education system. To explore these ideas creatively at such a legendary literature festival is the stuff of dreams – wish me luck!

We are excited to welcome George to Cheltenham this October as a Guest Director to head our Poetry strand and support our Education and Outreach initiatives. In an exclusive performance piece created for the Festival, on Friday 9th October George presents his radical manifesto. Turning our current thinking of the education system on its head, he performs new material plus excerpts from his first poetry collection.

To coincide with this, George will also spearhead our schools’ poetry competition, inviting pupils to pen and perform their response poems to pieces from Search Party. The winners will have the chance to meet George and win tickets to this special performance.