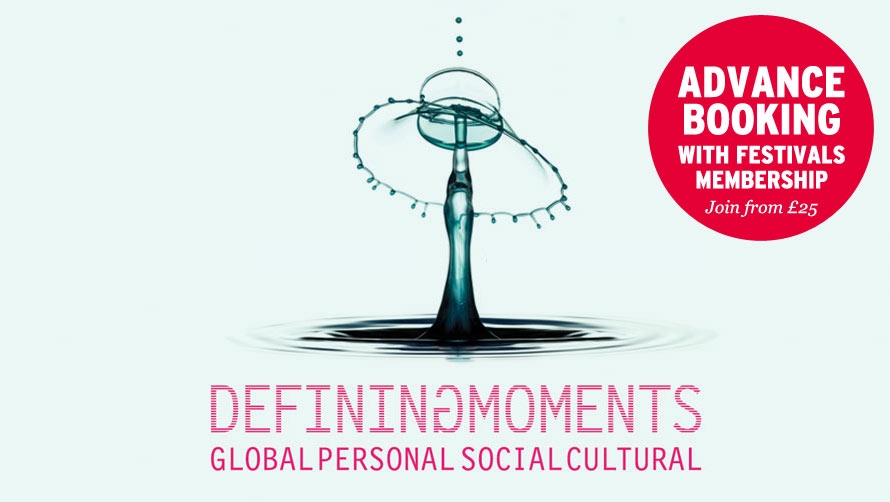 For culture lovers, there’s really only one place to be this autumn, and that’s The Times and The Sunday Times Cheltenham Literature Festival. Running from Friday till Sunday, October 2-11 in a bespoke tented village in the heart of a lively spa town on the edge of the Cotswolds, the Festival boasts one of the most remarkable line-ups of culture-shaping giants that you’re likely to see.

In its spectacular programme of more than 500 events, the Festival will also touch upon subjects as diverse as history, politics, sport, food and fashion. This year’s Guest Directors bring with them a wide breadth of experience and expertise from around the world. They are Pulitzer Prize-winning American novelist Jane Smiley; socially motivated spoken word artist George the Poet; multi-award winning Australian novelist (author of The Slap) Christos Tsiolkas; and German author and founder of The European magazine Alexander Görlach.

The wonderfully popular Book It! family programme also returns this year with an enviable programme that features the world’s most-popular authors for children and young people, including an event which sees current and former Children’s Laureates Chris Riddell and Michael Rosen speaking together.

Booker Prize-winning Salman Rushdie will present his much anticipated first novel in eight years: Two Years Eight Months and Twenty-Eight Nights, which is a tribute to One Thousand and One Nights.

The Festival’s now famous Man Booker Event has become a literary landmark and dedicated followers of the world’s greatest prize for fiction will not be disappointed to see the finalist panel event return for another year. Last year, all six finalists read from their books and discussed their work.

Jonathan Franzen is one of the brightest stars of American letters and he’ll be at Cheltenham discussing his new novel Purity.

Paula Hawkins’s psychological thriller The Girl on the Train has been 2015’s surprise bestseller on both sides of the Atlantic. She’ll be at the Festival discussing the blockbuster book.

The Booker-winning author Pat Barker will be in conversation with Anthony Beevor, discussing her new novel Noonday, which is set against the backdrop of the Blitz. Louis de Bernieres also visits a wartime setting for his new novel, The Dust That Falls From Dreams.

Festival favourites Rachel Johnson, India Knight and Laura Thompson will be digging up some historical gossip to explore the scandalous lives of Britain’s most famous society sisters, the Mitfords.

Britain’s most distinguished living satirical novelist David Lodge will talk to great American novelist and Festival Guest Director Jane Smiley about his life and career, while Kate Atkinson will talk about her new book, A God in Ruins, which is a sequel to the Costa Award winning Life after Life.

George the Poet defies stereotypes. Born on a northwest London council estate, George is a rapper with a degree from King’s College, Cambridge. Now he is redefining what poetry means to the twenty-ten generation: hear his brilliant spoken word social commentary live in Cheltenham.

This year’s big Times Debate is about Europe: Nick Clegg taking the pro-stance against MEP Daniel Hannan who wants out. Minette Batters of the NFU will also be on the panel, which will be chaired by Justin Webb.

David Cameron’s former policy guru Steve Hilton, author of More Human, will discuss his radical solutions to society’s problems, while surgeon Atul Gawande, author of Being Mortal, will talk about the future of medicine, ageing and what is a good death.

Yeonmi Park, who in 2007 aged just 13 escaped with her family from North Korea, will talk about life in the totalitarian state, the terrifying escape and her vision for the country’s future.

The last Dambuster, 93-year-old George Johnson, will talk about what really happened during the RAF’s now legendary 1943 Dambuster raids, while Max Hastings will talk about espionage and intelligence, treachery and deception — the topic of his next book The Secret War.

Antony Beevor will detail the Battle of the Bulge, the subject of his latest book, Ardennes 1944, while father and son presenters,* Dan and Peter Snow* will investigate the Battle of Waterloo.

Simon Schama returns to Cheltenham to tell the history of Britain through its portraits, while ceramicist Edmund de Waal tells the story of his obsession with porcelain and the inspirations for his life as an artist.

The actress and playwright Meera Syal has now added novelist to her CV. She will discuss her new book, The House of Hidden Mothers, a tale of parallel lives in London and rural India.

Suppressed by the courts till now, pianist James Rhodes will speak openly to publisher Jamie Byng about his memoir Instrumental, which details his dramatic life. This event will feature musical interludes from James.

One of the greatest stage actors of our time, Antony Sher, will talk about how you prepare for Shakespeare’s greatest roles, while Tracey Thorn and Mark Ellen, The Everything But the Girl singer and the leading music writer, will discuss pop, their favourite singers, The X Factor and more.

Mike Atherton, David Gower, David Lloyd and Richard Tomlinson come face-to-face to discuss who is the greatest ever cricketer.

Cheltenham favourite AP McCoy will also be back in Cheltenham: not chasing the Gold Cup but talking about his book, Winner: A Racing Life.

Two decades on from Notes from a Small Island, Bill Bryson returns with The Road to Little Dribbling.

Over a sumptuous dinner, Oz Clarke will take festivalgoers on a history of wine in 100 bottles, while reigning domestic goddess Nigella Lawson will discuss her latest foodie adventures. Rick Stein will also talk about his culinary career.

Current Children’s Laureate Chris Riddell and former Laureate Michael Rosen will come together to celebrate their first picture book together – A Great Big Cuddle. Michael will perform poems from the book and Chris will draw live on stage.

Comedian Julian Clary and illustrator David Roberts will also introduce their new book, The Bolds – about a family of hyenas who live in Teddington.

Judith Kerr’s classic tale, The Tiger Who Came to Tea, will be performed live by a captivating – and possibly striped – storyteller.

A professional storyteller will also lead an event on the new Charlie and Lola book (the first book for six years) with a special guest appearance by Lauren, who will share a few behind-the-scenes secrets.

Lauren Child will also join Brian Selznick, author and illustrator of The Invention of Hugo Cabret and Wonderstruck, to talk about their passion for words and pictures, while the UK’s best-selling children’s author Julia Donaldson and illustrator Lydia Monks will host a fun singalong storytelling session about What The Ladybird Heard Next!

Who is the naughtiest boy in children’s books? Join Francesca Simon and Steven Butler as they battle it out to decide if Henry really is the most horrid, or if Dennis claims the ultimate menace crown.

Leading figures of the children’s literary canon Michael Morpurgo and Judith Kerr will also be in conversation, talking about their Hitler-inspired works. Michael’s latest novel_ An Eagle in the Snow_ is the extraordinary story of Henry Tandy, the man who nearly shot Hitler. Judith’s autobiographical trilogy Out of the Hitler Time tells her family’s story of fleeing Nazi Germany in 1933. Audiences will get a sneak preview of Judith’s new book.

This is only a glimpse of the 2015 line-up. Full programme online Saturday 8 August

To be the first to hear Festival announcements, sign up at cheltenhamfestivals.com/subscribe