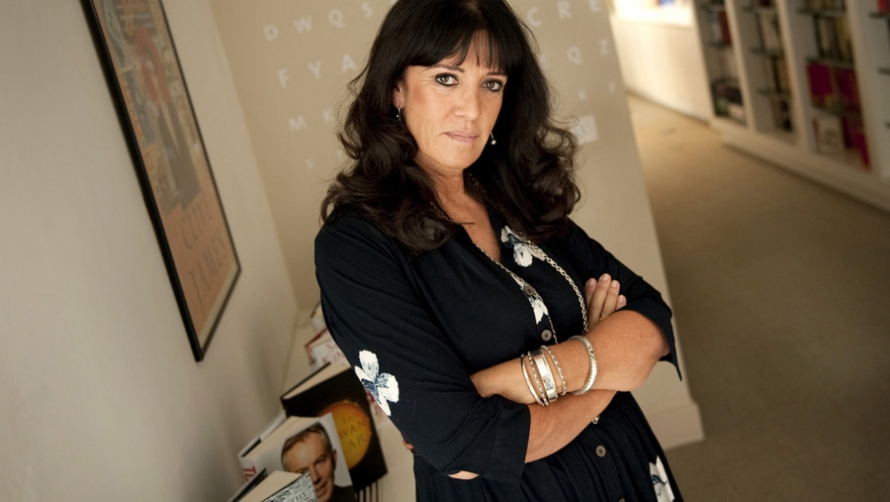 Baroness Rebuck, DBE, Chair of The Times and The Sunday Times Cheltenham Literature Festival, championed greater literacy for women in her maiden speech in the House of Lords on Thursday (6th November).

Baroness Rebuck, whose grandfather was an illiterate refugee, described how reading transformed her own life, leading to an incredible career in publishing; 22 years of which was spent as Chair and Chief Executive of The Random House Group, one of the UK’s largest trade publishers with subsidiary companies in Australia, New Zealand, South Africa and India.

Baroness Rebuck quoted a number of alarming statistics on literacy and stated her determination that everybody, especially the most marginalised and excluded women in society, should be able to experience the transformative power of reading.

The literate woman, by contrast, is a potentially empowered woman.

Baroness Rebuck addressed the Lords to say: “I am sure that the power of books has touched everyone in this Chamber. I want to make sure that everyone in our society, especially the most vulnerable, also has that opportunity.”

She also said: “I personally look forward to championing the causes that I have seen inspire individuals and transform lives throughout my 40 years in the publishing industry: the liberating power of literacy and reading for pleasure; the vibrancy and social impact of the arts; and the dynamism of our creative industries.”

Though proud of her own industry’s track record, Baroness Rebuck expressed dismay that the UK has slipped out of the top 20 countries for gender equality, dropping from eighteenth to twenty-sixth.

For me, books are a symbol of freedom and transformation. They opened my mind and changed my life and I want others to share in that opportunity.

She said that political debate was essential to highlight how far the UK still has to go to confront the systemic problems that blight the lives of too many women:

“The literate woman, by contrast, is a potentially empowered woman,” said Baroness Rebuck in response to these statistics.

“For me, books are a symbol of freedom and transformation. They opened my mind and changed my life and I want others to share in that opportunity.”

The Times and The Sunday Times Cheltenham Literature Festival shares this philosophy and outreach projects to engage children and young people from local schools with reading and writing are at the heart of the Cheltenham programme.

At this year’s Literature Festival nearly 11,500 tickets were issued to children from 93 different schools, giving children a unique opportunity to hear and meet real authors.

The Festival also has a year round education programme to increase the children’s confidence, ambition, imagination, and literacy skills. The Festival’s perpetual education work includes a new partnership with literacy charity First Story, which sees acclaimed writers working with some of the country’s least privileged children from three Gloucestershire Secondary Schools.

Baroness Rebuck hopes that current academic studies, such as the Warwick Commission, will begin to marshal the enormous amount of data from arts organisations, charities and schools about the transformative potential of the arts and that this, in turn, will inform all future policy.