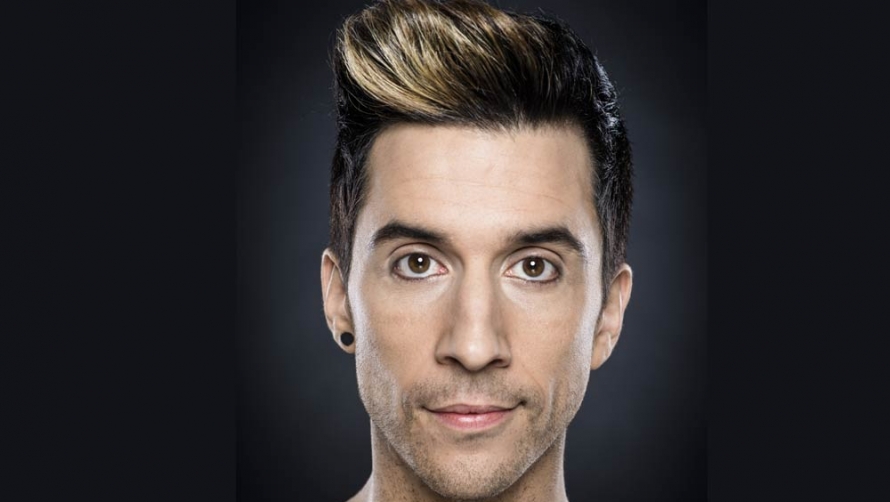 2014 marks the 450th anniversary of William Shakespeare’s birth and The Times and The Sunday Times Cheltenham Literature Festival naturally joins in the world-wide celebration of the poet and his renowned works. Besides several afternoon events throughout the festival featuring some of Shakespeare’s best known plays, including The Tempest, Henry IV and a double bill revolving around one of Shakespeare’s most iconic characters, King Lear, we here at the Cheltenham Literature Festival are especially excited that British comedy star Russel Kane will pay tribute to our beloved Bard in a brilliantly funny way on our very own festival stage.

For his comedic show Fakespeare: The Tragickal Saveings of King Nigel, telling the story of the dramatically broke Essex banker King Nigel, Russell Kane took some of our modern, everyday woes and re-worked them with a Shakespearian touch. Celebrated as an “ingenious show that illustrates Kane’s diverse talents” (Edinburgh Evening News) and following a number of sold out shows at the Edinburgh Fringe not long ago, the play’s author now brings his very personal reinvention of Shakespeare’s well-known and admired blank verse to the Cheltenham’s Town Hall on Sunday, 12 October. In a very personal event, the actor and comedian will be talking to Olivier Award winning actress Nichola McAuliffe about his discovery and love of Shakespeare and how he came to write this fakespearian adventure. Excited about his appearance in Cheltenham, he said he was “thrilled and honoured to be taking part in such an awesome festival of the mind”.

Kane creates his cross-century mash-up with the joy of language dripping from his lips and echoes of Steven Berkoff at his youthful best.

Nearly as funny as Donald Sinden.