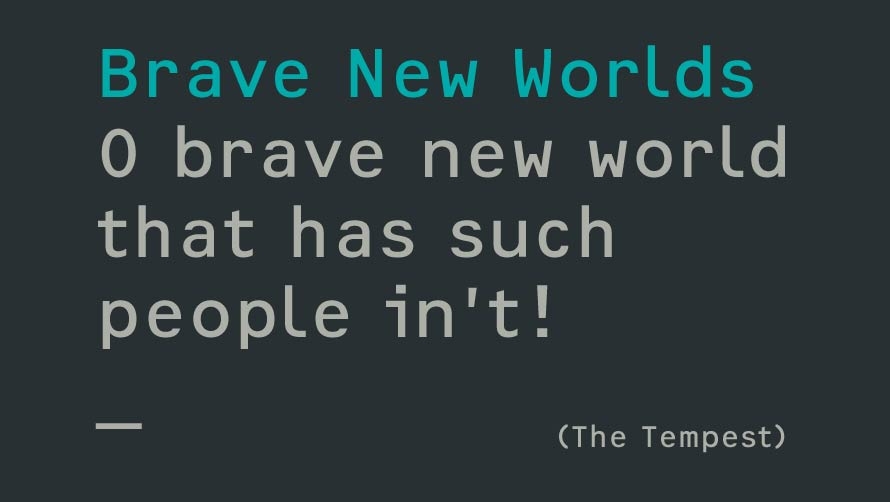 Prophecies, predictions and dreams – one of Shakespeare’s greatest plays and Aldous Huxley’s prescient masterpiece kickstart this year’s theme of Brave New Worlds, as we ask: what does the future hold?

From the printing press to the aeroplane, every generation likes to think that they’re on the cusp of a brave new world – but with the advent of the digital age it feels like the ground really has shifted, with every aspect of the world around us becoming fluid and rewritable. Should we celebrate, stick our heads in the digital sand, or just tweet about it? Just how optimistic should we be?

At the heart of the Festival are our ten Brave New Worlds debates asking: Is democracy at risk? What does the future hold for our children’s education? What will the buildings of the future look like and what is the future of food? Is the written word itself under threat? Does the right to privacy exist anymore and is technology rewiring our brains? What will the world really look like in a hundred years’ time? Is the idea of the Dystopia a noble or a dangerous one? And finally: celebrity culture – where will it all end?

What does the future hold? We may not know the answer but join us to explore the possibilities_