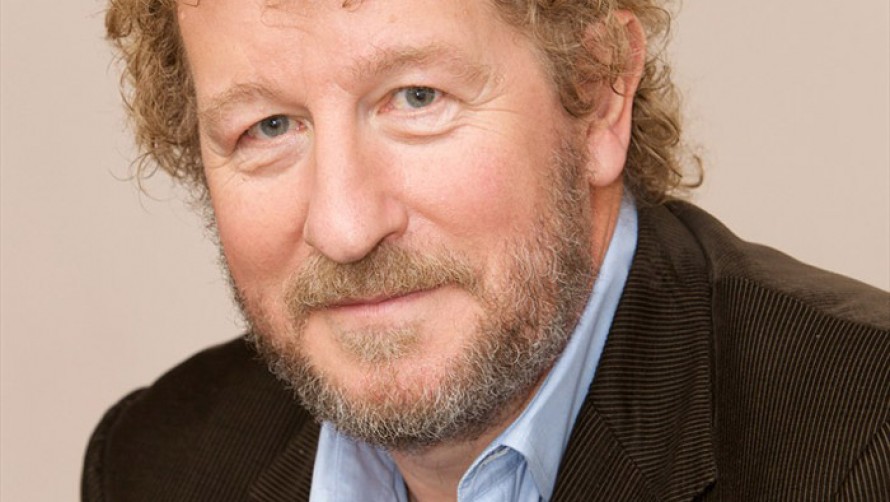 Sebastian Faulks has just walked past me in the reception of his publisher’s office.

I’m sure very few of his readers could fail to recognise his distinctive crop of curls, but I’m equally sure even fewer would recognise my own, and Mr Faulks is one of them… After an awkward moment of chasing and introduction, we find ourselves sat in a room overlooking the sprawling maze of Pimlico’s streets. I take the opportunity to tell him how I often get lost in their Escher-like patterns, and he offers me a few tips on finding my way. As we talk, I’m reassured that he appears to find that life is full of such challenges and that the process of writing itself is in some ways a microcosm of this.

“There’s usually somewhere where you find a way in – a little door into the world you’re going to write about. What ends up coming out of it is not necessarily what you think will come out of it.”

In fact, Faulks’ latest novel, A Possible Life, will be not at all what some of his readers may expect when they open it for the first time. A novel in five parts, not a collection of short stories as I made sure to establish I was aware early on in our conversation to avoid correction, it is the link between form and theme that is just as important as those more obvious elements linking the narratives themselves.

And it is an ambitious undertaking.

At 59, the veteran author has written a novel with the experimental flavour of a debut – and perhaps one which could not have been written when he was any younger.

“It’s quite exhilarating really. I remember being 6 and my biggest ambition in life was to be 7. And I just thought it would never happen! I now find that Christmas comes about three times a year, it’s barely worth taking down the decorations. And what this means is that middle age actually becomes rather exhilarating because it’s like you’re going down the Cresta Run – you can’t get off.”

This sense of inevitability runs throughout the novel, with characters being carried along by events rather than necessarily being able to influence them significantly. Yet even at the end of their lives there’s a sense of the possibility of recurrence; a fear that they may have to live through it all again, a fear which Faulks himself shares.

“I think life is pretty tough actually. It’s really pretty grim, life, and I don’t want to have to go through it again.” Not that we’re talking about re-incarnation in the spiritual sense, his interpretation is far more rational and scientific. “Even if I die there’ll be thousands of children born within the hour whose consciousness is so similar to my own as to be essentially indistinguishable.”

There are probably those to whom an endless supply of Sebastian Faulkses sounds like no bad thing, but to the writer himself “it is an anxiety. I mean, in the great economy of the universe, everything is reused. But I’d rather a complete termination. That’s my greatest hope.”

I should add at this point that all of this is said with palpable good humour and a cheeky half-grin. At one point, during a particularly deep discussion of what Faulks describes as the “very grand, but also very banal” nature of death, he has to begin to speak considerably louder so as to be heard over the sound of twelve boxes of his novel being unloaded from a trolley just behind me, ready for him to sign once I am gone. Much like A Possible Life itself, Faulks could not be described as sombre. His wit appears in subtle flashes, often when he’s discussing the most serious of concepts, but it’s never forced and only ever compliments his arguments.

“My sort of self imposed rule has always been if the humour comes, let it stay. But don’t try and flag it up to the reader and nudge them in the ribs – just let it stay. There’s nothing more embarrassing as a reader than to read something which you know the writer thinks is funny… but you don’t find is.”

Though not quite yet in my middle age, I feel the pressure of time speeding me along when I feel I’ve just hit my stride. But, life continues regardless of my own cares or wishes. The boxes filled with possible lives are ready to fill the next hour or so of Faulks’ time, and I’m aware I need to leave him to it very shortly. But, before I do, I pull out my trump card. With the middle section of A Possible Life being a foray into science fiction, has he ever wanted to write a Christmas special of Dr Who?

“Great! Neither have I!” I respond. I leave joyful with the thought that I may well have a tiny bit of the same consciousness of Sebastian Faulks, even if my hair isn’t as memorable.

Sebastian Faulks’ latest novel, A Possible Life is available to buy the week of 12th September 2013