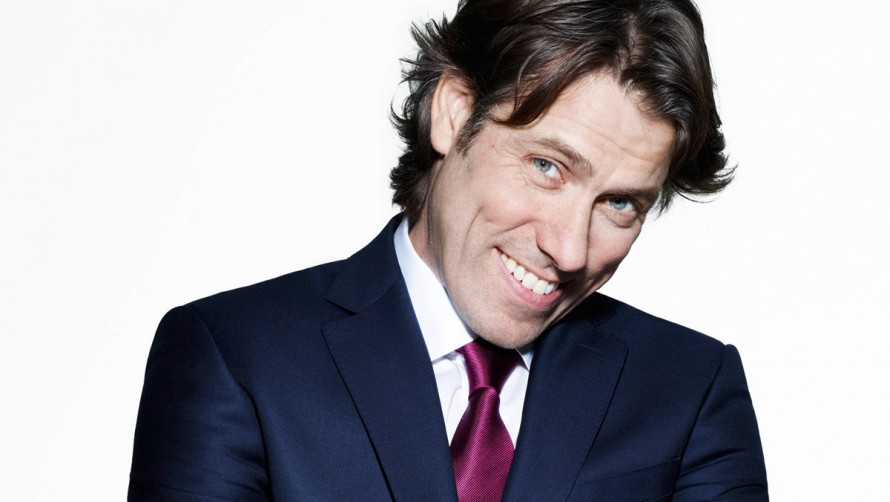 The full programme might not be released until early August, but we’ve exclusively revealed just some of the treats in store for October’s Literature Festival.

Join our Membership Scheme to have your pick of events when tickets go on sale on 27 August.

Not yet a Member? Don’t miss out on the best way to secure your tickets

And so much more… including a free copy of RED, The Waterstones Anthology when you join by Direct Debit in July and August. More information

The fabulous Spiegeltent returns with a new, decadent series including lunch with Little Paris Kitchen’s Rachel Khoo, a burlesque Time for Tease, a Racing Preview from jump jockey turned novelist AP McCoy and vintage cocktails and a glamorous ‘20s soundtrack to accompany The Great Gatsby.

Kinks frontman Ray Davies will discuss his book Americana: The Kinks, The Riff, The Road: A Memoir, about America and how it shaped his life and music- from watching American films as a child, to touring there with The Kinks.

Renowned director and screenwriter Stephen Poliakoff discusses the power of television drama, Alison Steadman looks back on a stellar career, mother and daughter Phyllida Law and Emma Thompson share family anecdotes and Barry Norman looks back on a life of love and film.

Plus, we’ll be celebrating the work of debut novelists through our popular Fiction Focus and Proof Party series, and welcoming one of the world’s most celebrated dancers, Carlos Acosta to talk about his debut novel and life in dance.

Popular Great British Bake-Off star Mary Berry shares the story behind her success, Members go on a Boutique Beer tour and The One Show’s Jay Rayner changes the way we shop, cook and eat forever.

Matt Dawson takes on the history of the British and Irish Lions, we embrace a packed cricketing year with Ian Botham and David Gower, and snooker World Champion Ronnie O’Sullivan talks to top sports psychiatrist Steve Peters in a Cheltenham exclusive.

Jeremy Paxman presents his vivid new history of World War I, whilst Kate Adie considers the role of women in the conflict and Max Hastings focuses on the first year of the Great War.

Sgt. Pepper designer Peter Blake considers his creative life, Members head off on a coach tour to William Morris’ Gloucestershire home and we welcome back Andrew Marr to ask Why do we Draw?

Nick Robinson reports Live from Downing Street and Cath Kidston reveals the story of one of Britain’s best loved brands, TV Dragon Duncan Bannatyne tells his story in Riding the Storm, and economist Will Hutton and Shadow Work and Pensions Secretary Liam Byrne ask if the West can prosper in the Asian century.

The ever popular Book It! family festival returns with bestselling authors Julia Donaldson, Lauren Child and Tony Ross and much-loved characters Peppa Pig, Horrid Henry and Angelina Ballerina to name but a few!

We also have some very special family events with Michael Morpurgo, Neil Gaiman and Emma Thompson plus musician Cerys Mathews joins us for a grand old family singalong.

Be the first to meet this year’s pick of upcoming authors and take home the proof editions in our exclusive Members’ Proofs Parties, featuring debut authors and their editors in a fascinating glimpse into the publishing industry. Includes goodybag! More

Visit cheltenhamfestivals.com in early August to discover the whole programme and join the Membership Scheme for advance booking, exclusive events and more.