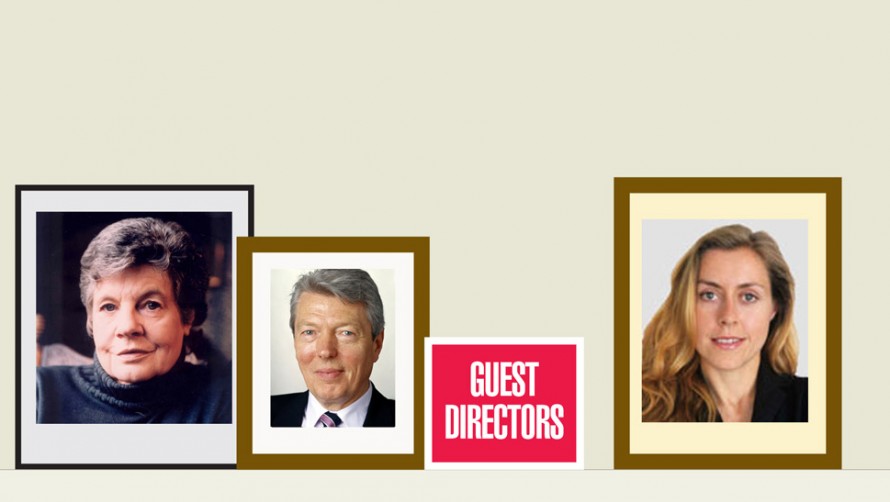 ‘Being a Guest Director gives me a wonderful opportunity to ask questions about things I want to know – more about public memory from scholars and experts, more about the process by which Philip Hensher made fiction from his husband’s childhood memories, more about Jenny Uglow’s understanding of the way Turner worked.’

‘I’ve been interested in memory for a long time and co-edited an anthology on the subject, with Harriet Harvey-Wood. I think I started by trying to Understand the neuroscience of memory and then got interested in the way we use memory to make works of art, and in the way we construct shared memories as a society. The subject is always changing and is inexhaustible.’

‘I’m really looking forward to the buzz and excitement of this great Festival knowing that, hopefully, I’d have helped to create a small part of it.’

‘In many ways our society has seen opportunities closed off to those from poorer backgrounds. People have different views about why that is (which is why it will be a fascinating debate) but few now deny there is a problem. I have invited my colleague David Davis and the campaigning journalist Polly Toynbee to share their different perspectives. On reform of government, it is now the case that all three main political parties have recent experience of being in government making it possible to reach a pre-election consensus on what should be done to improve the way government operates. The Cabinet Office minister Francis Maude and the former head of the civil service Gus O’Donell join me to discuss reforming government effectively. Finally, as a debut author myself, I am delighted to be able to share some of the story behind my memoir This Boy, with my friend the broadcaster Becky Milligan.’

‘It certainly is a great pleasure and honour to have been asked to be Guest Director to this year’s special French events at The Times Cheltenham Literature Festival. The challenge is always to go beyond clichés and to give insights into a different culture that feel both familiar and extremely distinct.’

‘I will personally chair three events that are close to my heart. The renowned French playwright Jean-Claude Grumberg will be with us with his latest play, I just don’t believe it! in a translation by Nicolas Kent, former artistic director of the Tricycle Theatre in London. The Cheltenham audience will be treated with its first UK reading, with two wonderful British actors, Frances de la Tour and Michael Gambon. Albert Camus, who would be 100 this year, will be celebrated during a conversation between the Dean of the London University in Paris, Andrew Hussey, and author Andrew Martin. Last but not least, Cheltenham will receive the first British Immortal : the poet Michael Edwards is the first Englishman to have been elected at the Académie Française, the mother of linguistic institutions, since 1635. We have invited the playwright and polyglot Christopher Hampton to exchange with Michael Edwards on the beauty and flexibility of languages.’