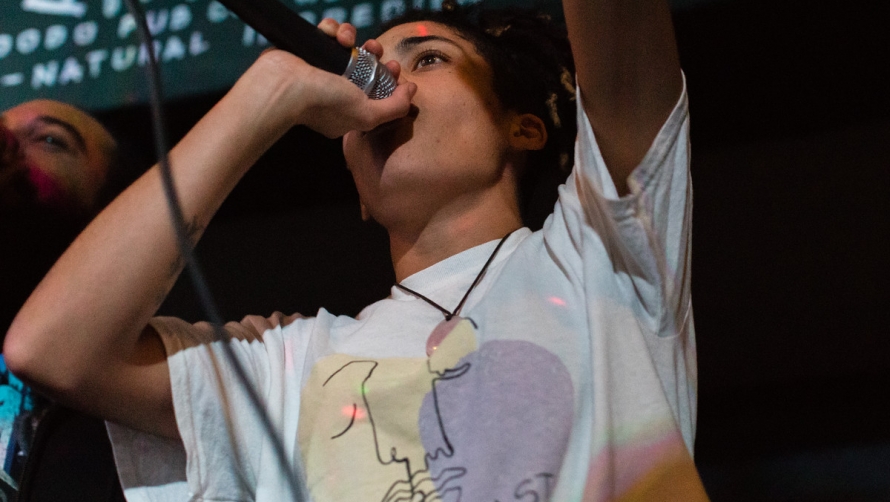 Raise the Bar curate a foot-stompingly energetic finale of poetry and spoken word to round off the Crawl and set the floor for our riotous after-party. Confirmed line-up: Lemn Sissay, Nadine Aisha Jassat and Matt Abott with hosts Danny Pandolfi and Saili Katebe.

5 Mics are an acapella beatbox, hip-hop group made up of rappers JPDL and Griz-o, beatboxers TMS and Sheps, and singer Grove who bring an electrifying, adrenaline-fuelled performance that fuses soul, hip-hop, UKG, dancehall and more with potent rap and soulful melodies.

Selextorhood DJs beats from the Birmingham based womxn and non-binary collective to keep you going late into the night.