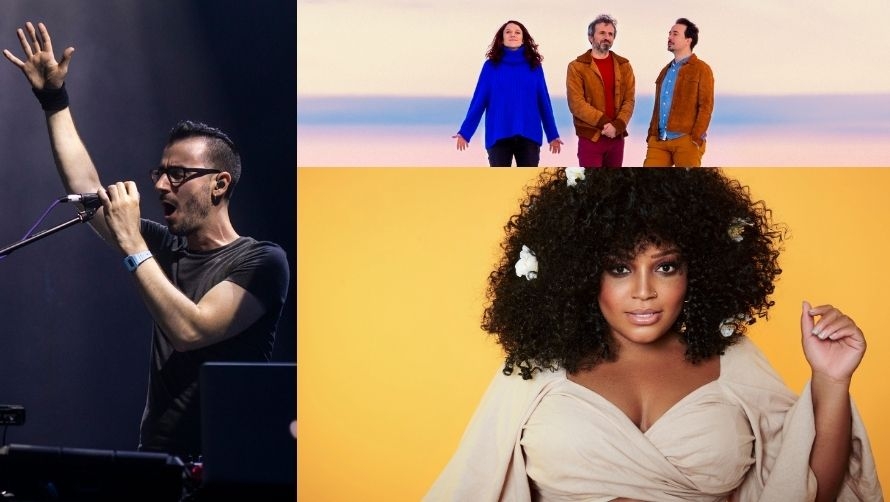 Cheltenham Jazz Festival, which runs on the weekend of 1 and 2 May, presents a snapshot of all that is fresh and original on the British jazz scene, with a few leaps into current European and American jazz, plus Argentinian song.

The thing about jazz today is that it is vibrant and eclectic in the way it integrates other styles of music without losing its own character. This means that it always has a lively groove and lots of energy.

So to give examples, we have Cleveland Watkiss, a founding member of The Jazz Warriors, as well as the young players of Tomorrow’s Warriors out of which so many excellent musicians have emerged, such as Nubya Garcia, Shirley Tetteh and many others. Cleveland will be working with DJ SK Shlomo and saxophonist Lara Jones to create an original piece for the Festival. Idris Rahman will play with his Ill Considered group. Two saxophonists, Faye MacCalman and Rachael Cohen, will perform short sets, Faye in a solo sax set and Rachael with her trio. Similarly, London-based Cuban trumpeter Yelfris Valdes will play a solo trumpet set.

We also get a glimpse of the Rise-Up group that is being developed by Jazzlines at Birmingham Town Hall and Symphony Hall, and tutor-led student groups from the prestigious jazz course at Birmingham Conservatoire.

Jazz is very strong in different European countries, so we have The Rite of Trio, a guitar bass drums trio from Portugal, performing a new piece for the festival, and a beautiful set recorded in a church by the amazing French singer, Leïla Martial with her Baa Box trio.

British jazz is very much part of the European scene and we see this with the Warmer Than Blood group led by guitarist Chris Montague and which features Kit Downes on piano and Ruth Goller on electric bass. Kit works regularly in different European countries and Ruth is originally from the Bolzano area of Italy.

There is also plenty of vocal jazz in the programme. We have already mentioned Cleveland Watkiss and Leïla Martial; we also have Broadway singer and actor Marisha Wallace, and the beautiful Argentinian songs of Cande y Paulo.

One source of pride is that the programme is quite diverse from the point of gender balance and representation of the different communities of the UK.

Finally, the weekend is hosted by Gregory Porter and Cerys Matthews. Gregory has a great affection for Cheltenham, and is sad not to be returning this year, but both he and Cerys will be in Cheltenham virtually.