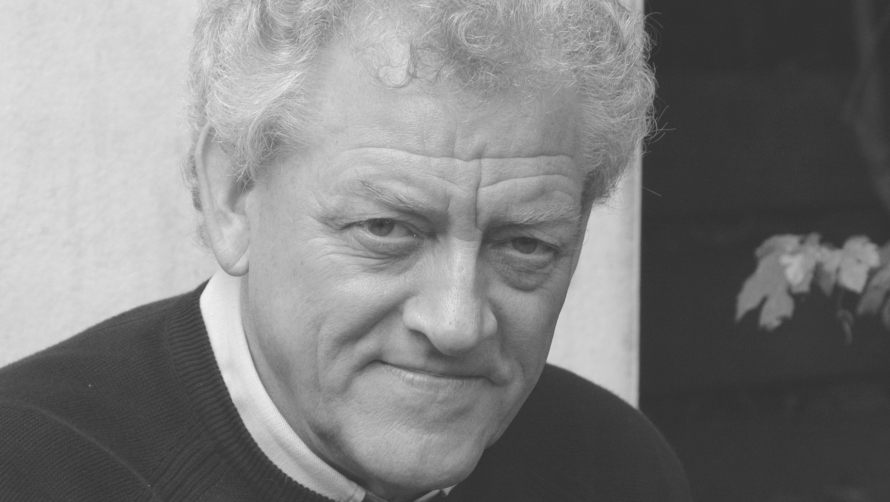 Everyone at Cheltenham Jazz Festival was deeply shocked to hear of the untimely death of John Taylor.

His first visit to the Festival was, however, in the late 1990s with the great American saxophonist Johnny Griffin when the Festival was still quite young and Jim Smith was still Artistic Director. I was reminded of this in Alyn Shipton’s wonderful tribute to JT on the Jazzwise website.

As Alyn comments, the trio of John Taylor on piano, Dave Green on bass and Steve Arguelles was not the kind of rhythm section that Griffin was used to playing with, and I seem to remember that Griffin made that clear when he first arrived. But again as Alyn remarks, their playing, especially that of John on piano, pushed Griffin hard, really brought out the best in his playing, and thus created a wonderful set of exciting jazz. I believe that after that Griffin often requested to play with the same trio on subsequent visits to UK.

In the years after 2000 John Taylor’s profile rose considerably in UK, largely as a result of the efforts of Nick Purnell, a fan and strong supporter of John’s. He toured on the Contemporary Music Network, and Cheltenham took the opportunity to invite him to be Artist in Residence at the 2004 Festival. John played in three major concerts, one with a superb big band with British players such as Chris Batchelor, Iain Ballamy, Oren Marshall, Julian Siegel, Chris Laurence and Martin France, a second with an international quartet with John Abercrombie, Mark Feldman and Chris Laurence and a final solo piano concert before which I interviewed him about his career and future plans.

This residency really brought out the full range of John’s talents; he is a superb writer for a big band, but also writes wonderful music for a chamber group such as the drum-less international quartet. However, his solo set was probably the most memorable of the three sets despite being the smallest in scale. John was a consummate solo pianist and brought together all his various influences from the jazz piano of Bill Evans through to the classical influences from Debussy, Chopin and Messiaen in a breathtaking set.

John was a great person to have at a festival, he would be around the whole time checking out other bands and encouraging younger players. He was also there for the late night hang, affable, modest and enjoying the company and the respect of the other musicians.

John was at the 2011 Festival in a beautifully interactive duo with Julian Arguelles in the Pillar Room in the Town Hall. The following year, when BBC Jazz on 3 approached us to discuss possibilities for a joint commission in 2012, we immediately thought of John. His 70th Birthday was coming up and we invited him to form a group of friends and musical associates to celebrate this special event. The music was inspired by a story by Kurt Vonnegut, an American writer John greatly admired and to whom he had a certain resemblance in looks.

John had always said that he wanted to work with his two musical sons, Leo on drums and Alex on guitar, so we helped make this happen for the commission. The music itself had all of qualities of John’s work, i.e. compositions that gave the soloists a wonderful context to play in, beautiful flowing lines in the writing and a nice balance between the gentler and the more up tempo passages.

Slightly bizarrely, the last time John appeared in Cheltenham was not at the Jazz Festival, but at the Music Festival in 2013 with The Swingle Singers.

One of the saddest things about John’s death is that he was full of plans for the present and the future. He has been playing solo piano and his solo concert at the Glasgow Jazz Festival in June was apparently a highlight of that festival. He had also been playing with a French group focussing on the film music of the New Wave of French cinema. He particularly wanted to perform the Cheltenham 2012 commission again and to tour it round the UK.

Yesterday we saw some brilliant highlights from our second Friday at #CheltLitFest 2021! Catch up on some of the be… https://t.co/ynjWx8CAYj

Another wonderful day at #CheltLitFest comes to a close. 🤩 We're heading in to the last few days of the festival, s… https://t.co/j7jx8UREgp

Craig Brown won the Baillie Gifford Prize for Non-Fiction for his biography of The Beatles, One Two Three Four, and… https://t.co/pEudj6mSMo