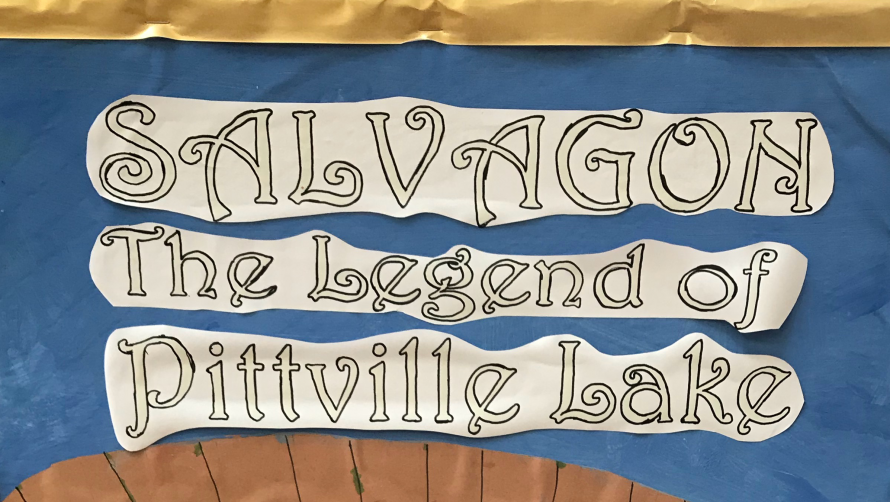 Salvagon - The Legend of Pittville Lake by Springbank Primary Academy

A monster grew in Pittville Lake, made out of junk for goodness sake!
It formed and grew into a giant. Woe betide you’re not compliant
With laws regarding dropping things; not putting rubbish into bins.
If you don’t pick up all your scraps you may fall victim to mishaps
Caused by this mighty fearsome beast (that smells a little bit like yeast),
With King Kong arms and hissing hair, her freezing ice-beam cyclops stare,
Upon her head a single horn she salvaged from a unicorn,
Her Nessy torso, dragon wings, she shatters windows when she sings.
She eats up rubbish like a pig eating slops
And ends up with junk all over her chops.
And when she is done she flies all around
Looking for potholes below on the ground.
As soon as she sees one she lands with a crash
And fills up the hole with her digested trash.
Flying back to the lake, oh no, what does she see?
Some litterbugs caught in the act, dearie me.
As she heartily flaps her large scaly wings
She scoops up the culprits and drops them in bins.
So if you’re out and littering, you’ll soon regret,
As the Salvagon monster will get you, we bet.