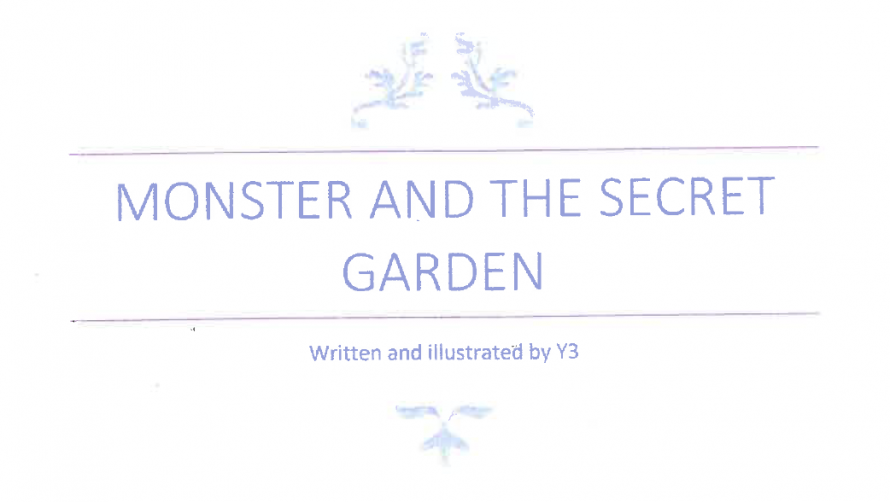 Monster and The Secret Garden by Greatfield Park Primary School 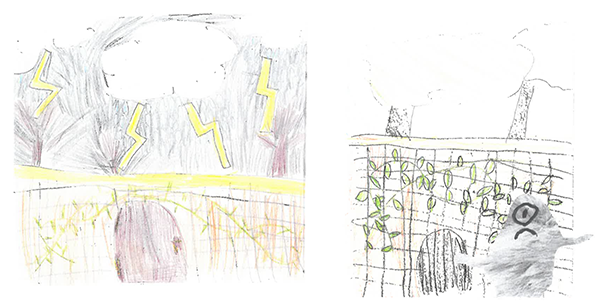 One moonlit night, a flash of lightning struck an abandoned secret garden. The wind wailed and howled like wolves. In the secret garden, there was no life at all… except for Monster who was as lonely as could be.

When the rain stopped, Ruby and Oliver went sloshing about in the mud. Suddenly, Oliver tripped revealing a shiny key. They carefully put the key in the secret door. Slowly they opened the creaky door and curiously crept in.

They were shocked at what they saw. Ruby and Oliver set about tidying the overgrown garden. They cut the thorny branches and picked up the leaves.

Over the next few days every time the children returned to the garden they began to feel they were being watched. One morning as the children entered the garden they found a trail of large footprints. They could hear a deep snoring sound. Oliver shuddered and held Ruby’s hand.

Ruby and Oliver followed the footsteps. Monster was lying on his side crushing the flowers with his vast body. Monster let out a deafening snore. Ruby jumped backwards. Slowly Monster awoke. Suddenly he picked up Ruby and Oliver and they begin to struggle. 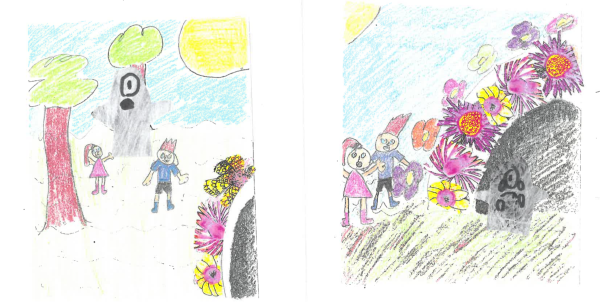 Monster stomped with difficulty back to his cave. The children saw the cave, their faces lit up as they saw their flowers. Monster sobbed loudly and explained why he had taken them. 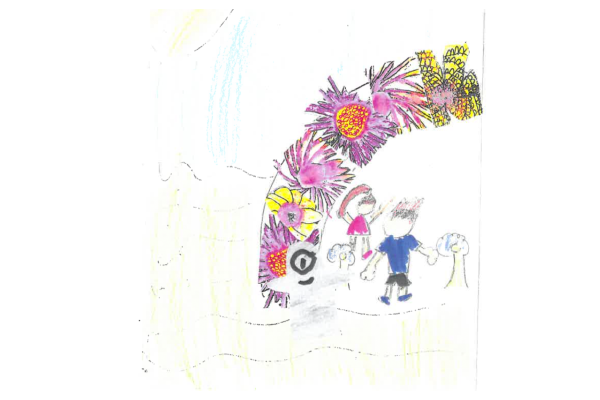 Monster was so lonely he had taken the flowers to brighten his dark, gloomy cave. They sat on the floor and hugged each other. Ruby and Oliver made a deal with Monster to make the cave a place he deserved to live in.