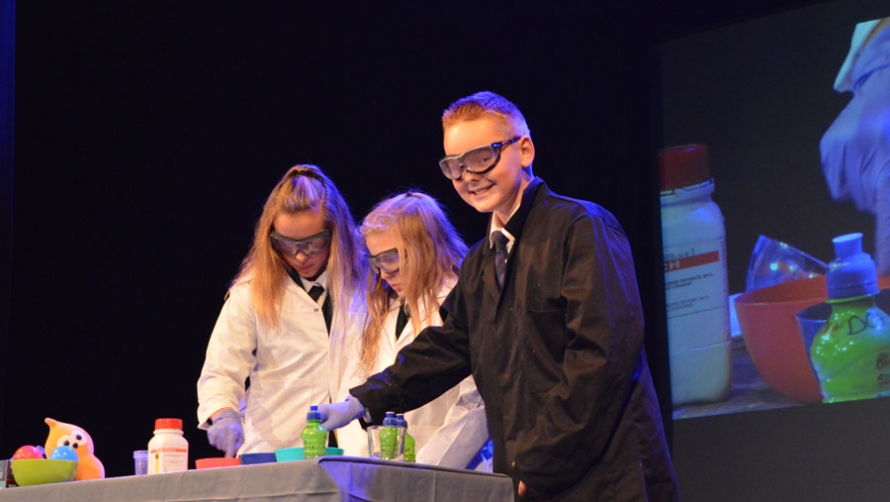 This year a record number of pupils enjoyed our touring Lablive shows during November at seven locations around the UK. Thanks to funding from EDF Energy we were able to take some of our best presenters from the Cheltenham Science Festival in June to theatres and halls, enabling over 3,600 year 8/9 pupils from 58 schools to experience the excitement of free live science shows.

Stimulating shows, exciting to have new people and faces explaining the science and covering interesting topics

Phil Bell-Young confounded the audiences with the science and maths of magic; Ginny Smith delved into the complexities of the brain and how to hack it; Zoë Gamble impressed pupils with sound and technology; and Jules Howard considered what might have happened if dinosaurs had survived on earth. With an exciting mix of demonstrations, audience interaction and great science, Lablive really knows how to engage inquisitive minds.

Pupils get to see science concepts in a different way and through the use of equipment we may not have in a school lab. It was perfectly pitched for the age group. 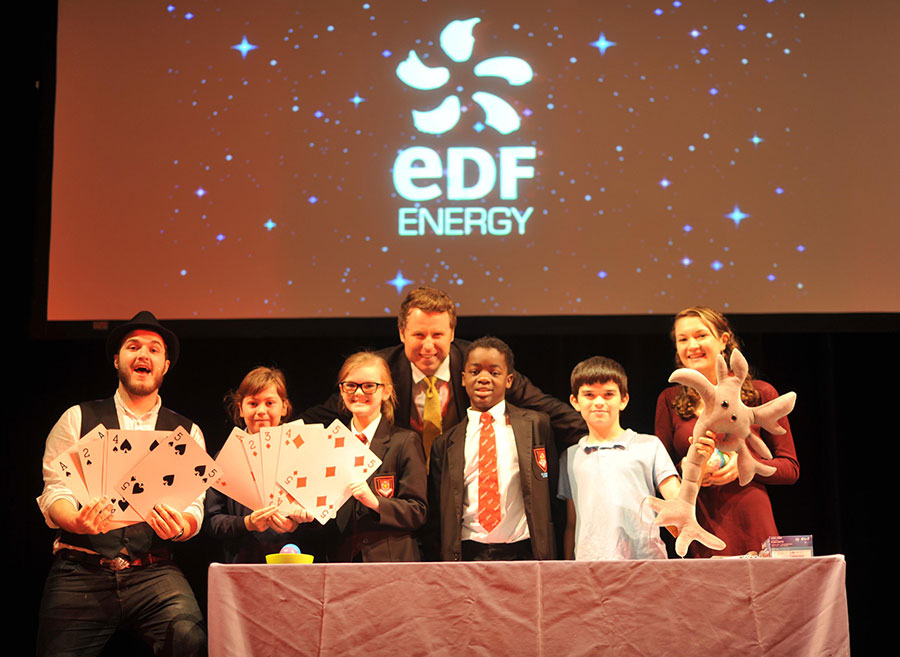