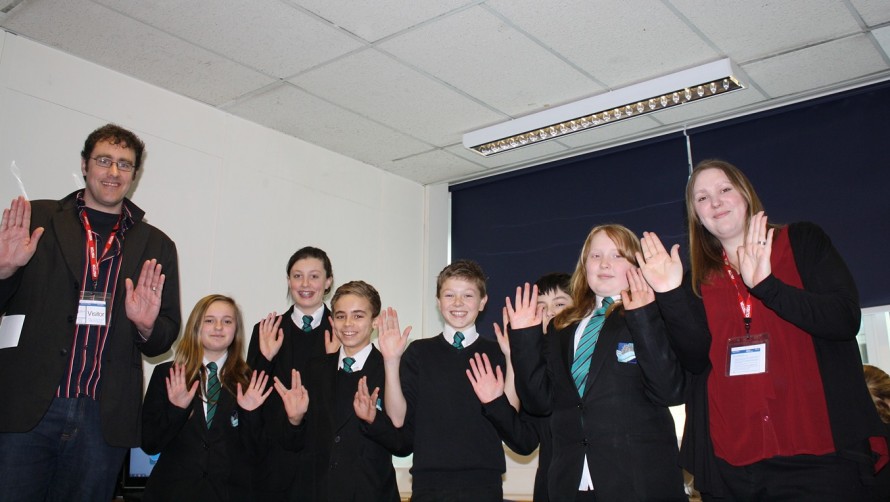 In March 2013 over 400 pupils from Millbrook Academy in Brockworth took part in our first Big Experiment, a real-life science experiment delivered by Cheltenham Science Festival in partnership with Swansea University.

Researchers from Swansea University Psychology Department were interested in finding out whether amongst teenagers, 2D:4D ratio (the ratio between the second and fourth fingers) helps predict what careers people want to do when they leave school.

Research suggests that the testosterone we’re exposed to in the womb affects the ratio between the length of our fingers, and eventually the type of career we opt for. A team from Swansea University, led by Professor John Manning and Dr. Steve Stewart-Williams, will be analysing the results, which will be released at the Science Festival in June 2013. Dr Steve Stuart Williams said, “While there are of course many factors which determine what job you want to do, our prediction is that prenatal testosterone will be one of those factors”.

As well as assisting in the research, students were also encouraged to consider the importance of scientific methodology, and to understand the importance of controlled conditions, consistent research and the challenges presented by collecting data.