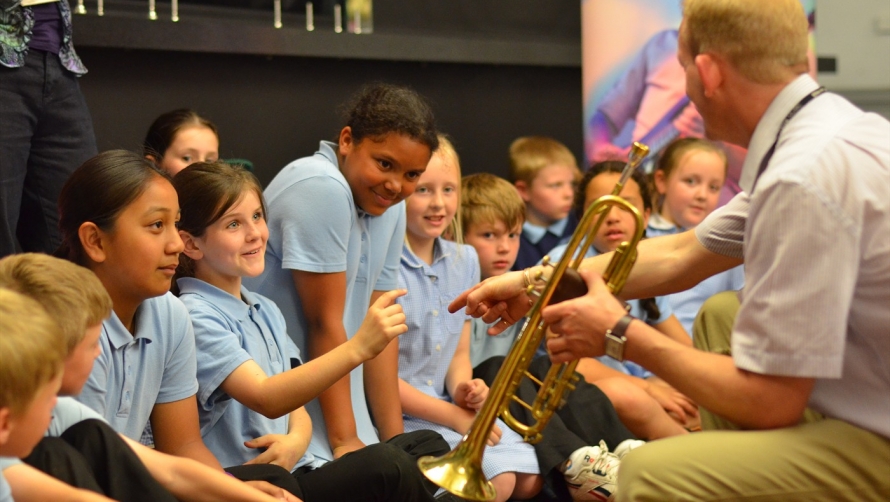 The 2014 Music Festival Programme for Schools comprised a wide range of interactive and creative opportunities for children and young people to make and enjoy music.

Watch the video of our Surround Sound project at the Cheltenham Music Festival 2014:

Artist James Mayhew used narrative and visual art to transform classical music from monochrome into colour. In each school he introduced a piece of music, painted the story behind it whilst it was played and then got the children to do the same, encouraging them to really listen to the music and express their responses. Hearing the story behind a piece of music, and then watching it come to colourful life in front of your eyes was quite a remarkable experience for the children, and a powerful way to dispel the myth that classical music is intrinsically difficult and inaccessible. 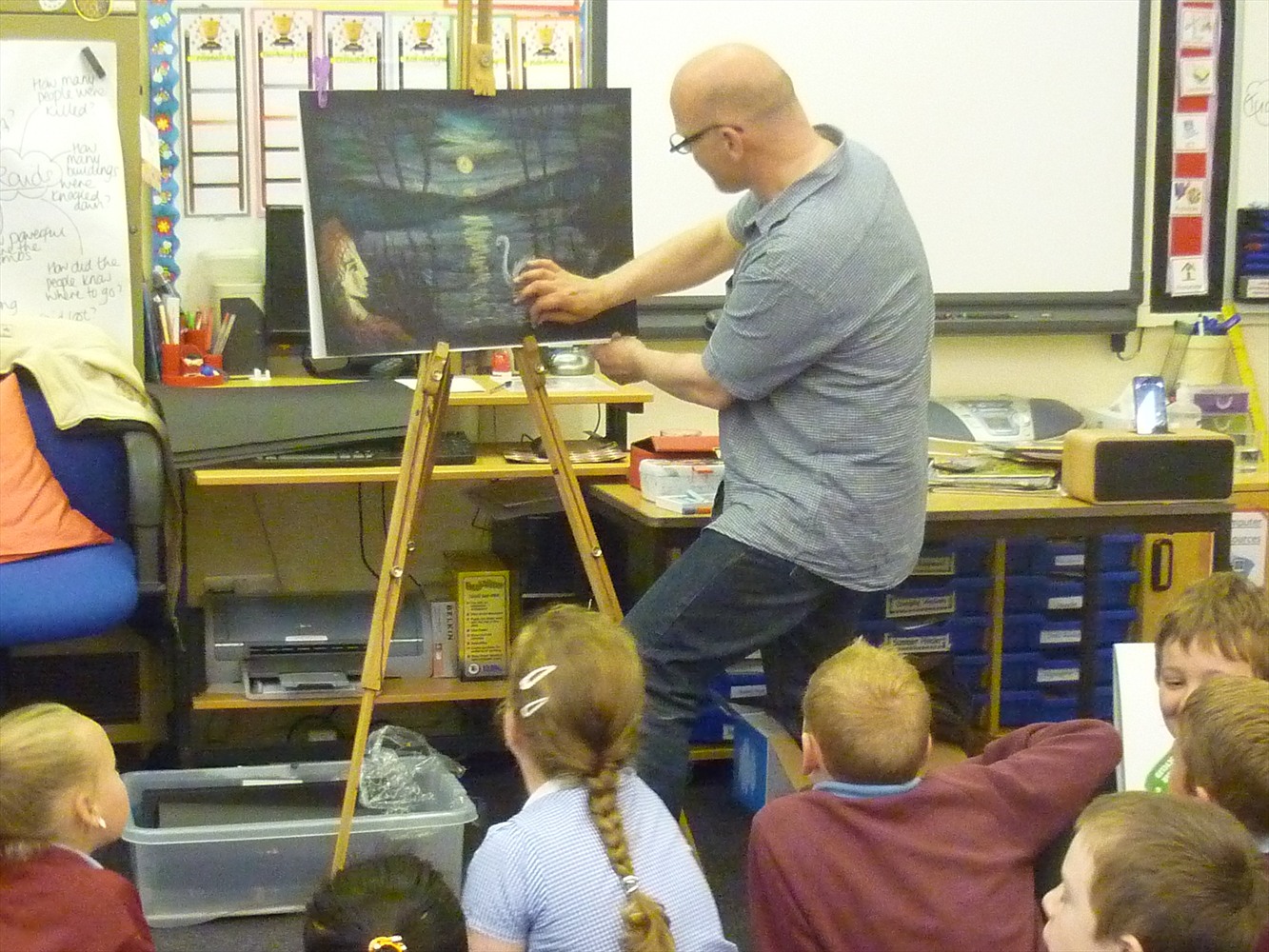 The children produced fabulous work in utter silence, such was their focus. They were absolutely buzzing about it all day. One child said “I’ve just done my best art ever. I’m really proud of myself.

Passionate about engaging children and young people in classical music, Nicholas McCarthy is an exceptionally accomplished pianist. He played alongside Coldplay in the Paralympic closing ceremony, and is the only one-handed pianist ever to have graduated from the Royal College of Music. Nicholas’s ability to relate to children of all ages, along with his youth, spirit and humour, made for many engaging and enjoyable music sessions that left students inspired, challenged and ready to look at music in a different way. 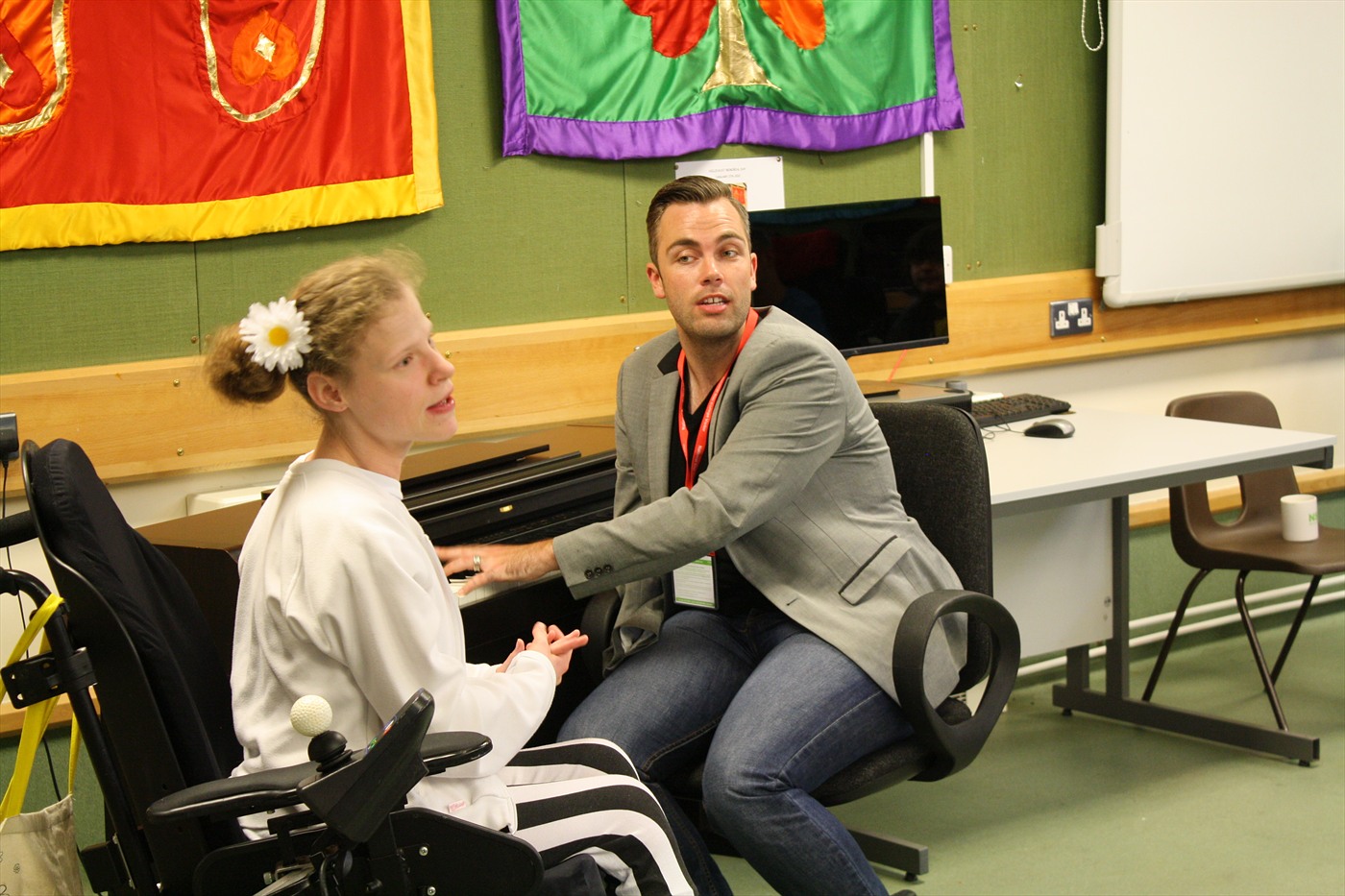 At one point I thought a pupil was getting disruptive as he was fidgeting a lot. However, when I looked closer I realised he was actually just trying to copy Nicholas’ movements. He was transfixed and in awe of what he was seeing.

Concert for Schools and Music Explorers

The Concert for Schools and Music Explorer sessions presented a unique opportunity for over 700 school children to see the music as well as hear it, touch the instruments as well as look at them, interact with the musicians as well as watch them.

The Music Explorer sessions comprised a succession of stands run by instrumental teachers and the Atéa Quintet. Pupils who had just attended the concert were able to move around the stands, discovering the ins and outs of different instruments, having a go, and finding out what options are available if they want to take up or continue playing an instrument. 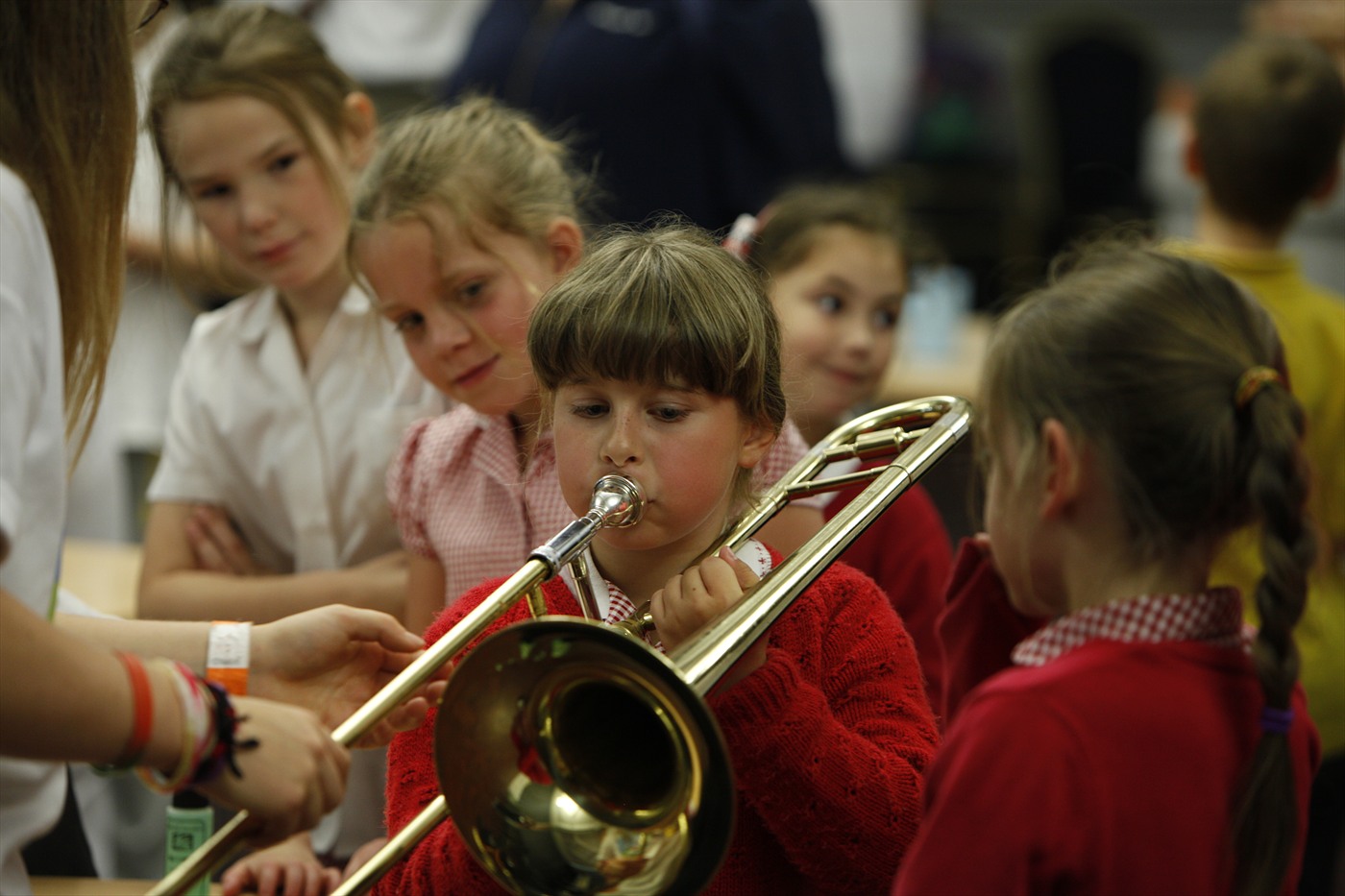 Schools were able to make the most of the lovely summer weather and many of them picnicked in the beautiful Imperial Gardens behind Cheltenham Town Hall.

To find out what parents had to say about our fabulous Benedetti Sessions, visit our blog

To be added to the Music for Schools mailing list, please email your name, full school address and postcode to education@cheltenhamfestivals.com